Each other, Dusty Crophopper, Skipper Riley, other members of the Jolly Wrenches, Dwight D. Flysenhower

Combat
Bravo and Echo are supporting characters in the film Planes. They are a pair of fighter jets who are good friends with Dusty Crophopper, an aspiring fan of theirs.

Armed with stellar instincts, incredible aerial abilities and outstanding service records, Bravo and Echo are two of the Jolly Wrenches’ top troops. These fighter jets happen to be avid air racing fans, too, with a special affinity for Dusty, who’s adopted their Jolly Wrenches insignia. And as far as the racers are concerned, it doesn’t hurt to have a couple soldiers nearby should any plane falter under the immense pressure of the world’s most rigorous rally.[1]

In the Planes teaser trailer (which contains animation not in the film), both Bravo and Echo appear. After Dusty Crophopper takes off and was having a bit of trouble flying, Bravo asks Echo if Dusty will be okay. Dusty was then seen skywriting "Cool", with Echo replying that he thinks Dusty will be okay.

In the actual film, they are seen trying to get Dusty towards Dwight D. Flysenhower when he gets low on fuel and lost over the Pacific Ocean after losing his navigation antenna that was destroyed by Ned and Zed. After Dusty lands on the ship, all of the crew give him some fuel and a new antenna, and Bravo and Echo show Dusty the Jolly Wrenches Hall of Fame, and try to get to Dusty ready when he asks on the radio if it is true that Skipper Riley flew only one mission. Bravo and Echo are later seen at the end with Dusty and Skipper on Dwight as they fly together.

In Planes: The Video Game, Bravo and Echo both appear in the console version, but only Echo is playable in the handheld version.

Bravo: "An honorary Jolly Wrench. How's that feel, Dusty?"
Dusty Crophopper: "It feels great!"
Echo: (laughs) "Back in the saddle again, eh, Skipper?"
Skipper Riley: "Well, they didn't have these fancy toys the last time I did this."
Dusty Crophopper: "Nothing to it!"
—Bravo, Echo, Dusty and Skipper, as Dusty and Skipper get ready for take-off back to Propwash Junction. 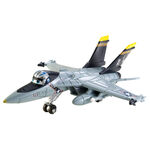 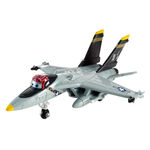 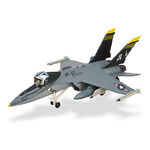 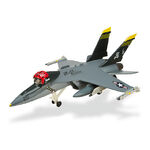 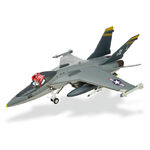 Echo's Talking Action Figure.
Add a photo to this gallery

Retrieved from "https://disney.fandom.com/wiki/Bravo_and_Echo?oldid=3247650"
Community content is available under CC-BY-SA unless otherwise noted.