Super-speed, vocal manipulation, invisibility
Brianna Michelle "Bree" Davenport is one of the main characters of Lab Rats. She is a very fast superhuman. She is Leo's only stepsister which makes her the special one on Leo's mom's side. There is a slight chance that she has the need to fit in or gain friends as seen in the first episode.

Bree is the only girl in the bionic trio, but that doesn't stop her from fitting in perfectly with the guys. Her bionic chip enhances her physical abilities: stamina, strength and durability surpass human capability as with her brothers Chase and Adam Davenport. Each of the siblings holds possession of an exceptional talent specific to their design; Bree is supernaturally capable of increasing velocity in all activities and possesses incredible agility in order to excel when activating her speed. She also has some problems walking in high heels as shown when she wears a pair and Leo thinks she should wear a helmet with them. The reason for her wearing them was so she wouldn't be able to run away from her crush, Ethan, when he got near her, as he makes her nervous.

It is revealed that each sibling will develop new extraordinary powers as they access concealed coding embedded into their chips. Bree has since proven capable of manipulating her vocal cords to the point where she may mimic any sound she hears; although this may arguably represent a glitch she has demonstrated control over the ability.

Adam, Bree and Chase had grown up knowing only their father, who trained them through the duration of this time while raising them, and had little to no contact to the outside world. Bree was very young when she first departed the lab to discover company. She is very eager for the affection and approval of her own age group causing her to have talent for socializing and speaking in a kindly manor towards many whom she would meet.

For those whom have proven capable of earning Bree's trust, Bree will then become loyal and caring towards them on an intense level, however she will not hesitate to speak her moral code to others whom she believes to be incorrect. She possesses an equal level of impatience and fury to that of her two brothers however she rarely appears to been seen angered or infuriated by any other than those closest to her.

Bree has a passionate love for gaining the admiration of her friends and a strong conviction to belittle threats of any kind to her. Whilst in battle, Bree will most often focus on using her abilities to protect and defend her loved ones and teammates from harm at the hands of others, placing herself in the line of danger if necessary and ruthless to defend. 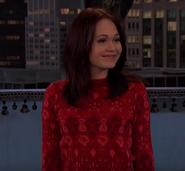 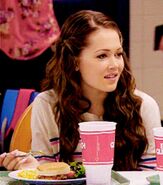 Retrieved from "https://disney.fandom.com/wiki/Bree_Davenport?oldid=4168511"
Community content is available under CC-BY-SA unless otherwise noted.