1994-present
Brittany Anne Snow is an American television and film actress and singer. She began her career as Susan "Daisy" Lemay on the CBS series Guiding Light. She then played the protagonist Meg Pryor on the NBC drama series American Dreams, Jenna Backstrom on the NBC series Harry's Law, and Chloe Beale on Universal Pictures' Pitch Perfect trilogy.

For Disney, she played Zoe Plummer in the 2005 action comedy film The Pacifier with action star Vin Diesel, and was the original voice for Naminé in the video game Kingdom Hearts II. She also voiced Shizuku Tsukishima in the Disney English dub of the Studio Ghibli film Whisper of the Heart, along with Ashley Tisdale. 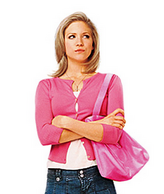 Naminé
(Kingdom Hearts II)
Add a photo to this gallery

Brittany Snow speaks at the Almost Family panel at the 2019 Summer TCA Tour.

Brittany Snow arrives at the 71st annual Emmy Awards in September 2019.
Add a photo to this gallery
Retrieved from "https://disney.fandom.com/wiki/Brittany_Snow?oldid=3808203"
Community content is available under CC-BY-SA unless otherwise noted.