Getting paid, success, torturing and killing anyone, stealing

Cad Bane is a Duros Bounty Hunter from the Star Wars universe. He is a recurring antagonist in Star Wars: The Clone Wars also he appears in graffiti art on the Ghost in Star Wars Rebels.

Cad Bane first appears in the season one finale "Hostage Crisis", where he infiltrates the Senate building on Coruscant alongside a team of fellow bounty hunters. There he holds a group of senators hostage, and demands that Ziro the Hutt be released in exchange for their lives.

In the second season, Cad Bane is contacted by Darth Sidious for a special assignment: the capture of a Holocron from inside the Jedi Temple. Bane finds himself in a massive struggle for the stolen Holocron as Skywalker and Ahsoka Tano attempt to take it back. After he successfully delivers the Holocron to Sidious he was quickly assigned by the dark lord in order to kidnap force sensitive children and bring them to Mustafar. He is briefly captured before leading Obi-Wan Kenobi and Mace Windu into a trap in his headquarters, allowing him to escape. When the Jedi asked him who he works for Bane responded by saying “I work alone.” which means you can’t make me tell you who I work for. However Windu contemplates that Bane’s fear of his client is stronger than his fear of the Jedi.

In the third season further details are revealed about Bane's attack on the senate building. The episode "Evil Plans" takes place before the events of the season one finale, and depicts Bane capturing the two droids R2-D2 and C-3PO who involuntarily give him the plans to the Senate building. Then in the following episode "Hunt for Ziro", which takes place after "Hostage Crisis", it is revealed that he was hired to extract Ziro from custody by Jabba the Hutt, due to an incriminating datapad the latter possessed. Shortly after Bane is congratulated by Jabba for his success, Ziro escapes and the bounty hunter is hired to track down and capture the rogue Hutt. He is eventually able to locate his target on the planet Teth but upon arrival he finds Ziro dead and the datapad missing. A short altercation between two Jedi who were also searching for the Hutt ensues but Bane is able to escape nonetheless.

During the fourth season, Cad Bane is revealed to be in a Republic prison. He is then hired by fellow convict Moralo Eval for a job by Count Dooku to kidnap Chancellor Palpatine on Naboo. However, Kenobi poses as bounty hunter Rako Hardeen and manages to foil the plot even though Dooku escapes while Bane was arrested (supposedly for good this time).

He appears in the episode "Fighter Flight" in Graffiti art on the Ghost along with other Bounty Hunter Embo.

At the beginning of the Imperial era, Cad Bane is hired by Kaminoan prime minister Lama Su to recover the young girl, Omega, a particular unaltered clone. Arriving on Bracca, he single-handedly slaughters several clone troopers before confronting Omega and the clone deserter Hunter. At a dead end, the two opponents take out their blasters but Bane shoots faster, injuring Hunter. Omega tries to resist only for Bane to knock her down with a paralyzing beam and then takes her away.

Escaping from Bracca, Bane greets the captured Omega in a cell aboard his ship. When Omega is persistent the Bad Batch will rescue her, Bane claims that her friends are long gone and that nobody is coming, warning her to sit tight and not cause any trouble. Bane then contacts Lama Su and informs he managed to capture Omega where he is then ordered to keep the girl alive and meet his Kaminoan advisor, Taun We on the planet Bora Vio to receive his credits.

Upon arriving at his destination, Bane discovers Omega had managed to escape from her cell after tricking his droid, Todo 360 into allowing her to repair his leg. However, Bane is able locate and recapture Omega where he threatens the girl that she's lucky that his employers want her alive. Bane is then greeted by bounty hunter Fennec Shand who had killed Taun We, resulting in the two bounty hunters engaging in a duel. During the skirmish, Omega is able to escape where she is then rescued by Hunter and the rest of Clone Force 99. Bane tries to pursue them, only to discover that Shand had managed to sabotage his ship, leaving him stranded on the planet, much to his fury.

The Book of Boba Fett

Cad Bane arrives on Tatooine to find Boba Fett, he arrives in Mos Pelgo and enters a duel with Cobb Vanth and shoots him in the shoulder and then kills his deputy. Bane then warns the people of Mos Pelgo to not interfere the business of the Pyke Syndicate before leaving the scene.

Later, he is finally killed by Boba Fett during the Battle for Mos Espa.

He appears in the five-part Marvel Comics comic book miniseries Star Wars: Darth Maul, set before the events of the prequel trilogy, where he aides Darth Maul in kidnapping a Jedi Padawan.

He appears after the General Grievous fight on Geonosis and appears after you take TD-54 to the Jedi Council he steals TD-54 and you must chase him through the sky and then through the city of Coruscant he escapes but leaves TD-54 Behind. 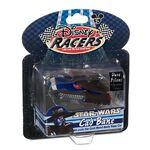 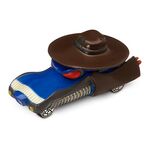 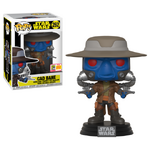