Disney Wiki
Register
Don't have an account?
Sign In
Advertisement
in: Article of the week, People, Actors,
and 30 more
English

Cameron Mica Boyce was an American actor, voice actor, singer, and dancer. He got his start for playing Keith Feder in the 2010 Columbia Pictures comedy Grown Ups and its 2013 sequel, Grown Ups 2. He later gained more popularity for his role as Luke Ross in the Disney Channel show, Jessie. In Good Luck Charlie, he played the fake Gabe Duncan in the episode "The Singin' Dancin' Duncans". He had also a small role as a dancer in Shake It Up. He voiced Jake in Season 2 of the Disney Junior show, Jake and the Never Land Pirates. In the Disney XD sitcom Gamer's Guide to Pretty Much Everything, he starred as Conor.

In 2015, he portrayed Carlos De Vil, the son of Cruella De Vil, in the Descendants franchise. He also starred in Descendants 3 at which there was a tribute video for the wonderful life he lived. In addition, he played Krahgg in the Liv and Maddie episode "Prom-a-Rooney" and appeared in the Disney Channel Spain program "Un, Dos ¡Chef!".[1] He also voiced Herman Schultz/Shocker in Marvel's Spider-Man. Prior to that he voiced his Jessie character Luke Ross in the Ultimate Spider-Man episode "Halloween Night at the Museum".

On July 6, 2019, less than two months after his 20th birthday, it was announced that Boyce had passed away in his sleep due to epilepsy. Descendants 3 was Boyce's last Disney project to be released following his death. 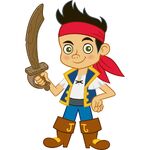 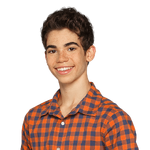 Conor
(Gamer's Guide to Pretty Much Everything)

Cameron Boyce at the premiere of Eagle Eye in September 2008.

Cameron Boyce at the premiere of Grown Ups in June 2010.

Cameron Boyce at a Jessie photoshoot session in July 2011.

Cameron Boyce during a Disney Channel Wand ID in May 2014.

Cameron Boyce during a Disney Channel Wand ID in July 2015.

Cameron Boyce and Karan Brar at the premiere of Star Wars: The Force Awakens in December 2015.

"For Cameron, who made every moment count."