Camilla the Chicken is a Muppet chicken that debuted on The Muppet Show.

She is the love of Gonzo's life. However, Gonzo sometimes chases after other chickens because he's not always sure which chicken is which. Camilla can be identified by her blue eyelids, while the other Muppet chickens have purple eyelids. 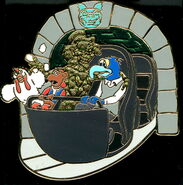 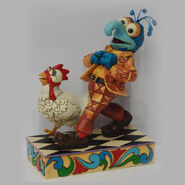 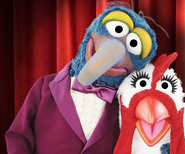