north of the United States

Canada is a North American country consisting of ten provinces and three territories. Located in the northern part of the continent, it extends from the Atlantic Ocean to the Pacific Ocean, and northward into the Arctic Ocean. Canada is the world's second-largest country by total area, and its common border with the United States is the world's longest land border.

The land that is now Canada has been inhabited for millennia by various Aboriginal peoples. Beginning in the late 15th century, British and French colonial expeditions explored, and later settled, the region's Atlantic coast. France ceded nearly all of its colonies in North America to Britain in 1763 after the Seven Years' War. In 1867, with the union of three British North American colonies through Confederation, Canada was formed as a federal dominion of four provinces. This began an accretion of provinces and territories and a process of increasing autonomy, culminating in the Canada Act 1982.

Canada is a federal state governed as a parliamentary democracy and a constitutional monarchy, with Queen Elizabeth II as its head of state, with David Johnson as Govenor General and the Prime Minister of Canada is currently Justin Trudeau. The country is officially bilingual at the federal level. As of 2011, it has a population of approximately 33.4 million. Canada's economy is one of the world's largest and is reliant upon its natural resources and trade, particularly with the United States with which it also has a long and complex relationship. Per capita income is the world's ninth highest. It is a member of the G7, G8, G20, NATO, OECD, WTO, Commonwealth of Nations, Francophonie, OAS, APEC, and United Nations.

Actors/Actresses and Crew born in Canada 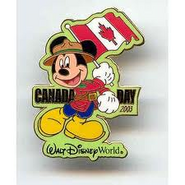 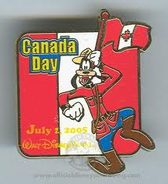 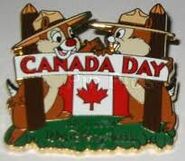 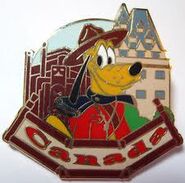 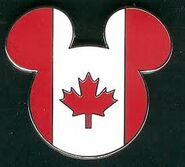 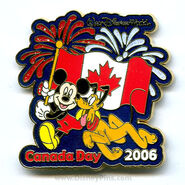 The flag of Canada

Pixar Canada logo
Add a photo to this gallery