Sebastian Gutierrez
Carla Nicole Gugino is an American actress. She is well known for her roles as Ingrid Cortez in the Spy Kids trilogy, Sally Jupiter in Watchmen, Rebecca Hutman in Night At The Museum, and Emma Gaines in the New Line Cinema film San Andreas. She also is well known for her TV roles as Kate Hewson in Fox sitcom Wayward Pines.

She was originally going to voice Nina, a character in The Emperor's New Groove, which at the time was a totally different movie called Kingdom of the Sun. 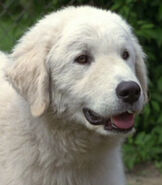 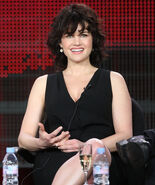 Carla Gugino speaks at the Californiacation panel at the 2011 Winter TCA Tour. 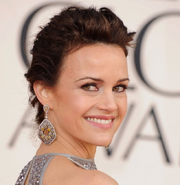 Carla Gugino at the 70th annual Golden Globes in January 2013. 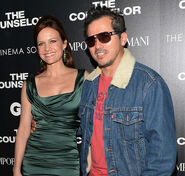 Carla Gugino and John Leguizamo attending the screening of The Counselor in October 2013. 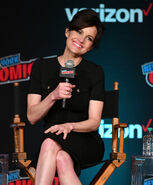 Carla Gugino speaks onstage at the 2018 New York Comic Con.
Add a photo to this gallery
Retrieved from "https://disney.fandom.com/wiki/Carla_Gugino?oldid=4554270"
Community content is available under CC-BY-SA unless otherwise noted.