2006-present
Caroline Sunshine is an American actress, best known for her role as Tinka Hessenheffer in the Disney Channel series Shake It Up. She also guest starred in an episode of ANT Farm as Ella, and as Alexis in Fish Hooks. 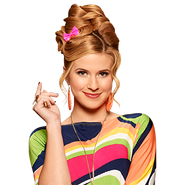 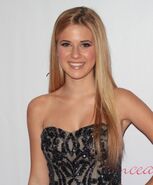 Retrieved from "https://disney.fandom.com/wiki/Caroline_Sunshine?oldid=4224756"
Community content is available under CC-BY-SA unless otherwise noted.