To write with and to record monologue(s)

The Carrot Pen is, as the name implies, a pen shaped like a carrot that belongs to ZPD Officer Judy Hopps in Zootopia. Besides being a pen, it also functions as a voice recorder, which benefits Judy whenever she needs audio evidence in her assignments.

Judy first uses the carrot pen to record precise dialogue from Nick Wilde that constituted a confession on his part that made him guilty of tax evasion, and thus blackmails Nick and will only give it to him only if he helps her find a missing otter named Emmitt Otterton.

After going to the Mystic Springs Oasis and the Department of Mammal Vehicles, Nick wants the pen but Judy wants to go to where the limo was. At the limo service, Judy offers Nick the pen but throws it over the fence, leaving him no choice but to climb the fence to get it. But upon doing so, he finds Judy on the other side, holding the pen, having dug under the fence. She explains, while she could not enter the premises without a warrant, she had probable cause to enter without one from seeing a "shifty lowlife" climbing the fence, giving her more dirt with which to blackmail Nick, as well as enabling her access to the premises.

Later, when the case was solved, Judy gives Nick the pen, and by extension the blackmailing recording, as a sign of the deal fulfilled and Judy accepting him. She also suggests he uses it to fill in an application for the ZPD.

After Judy figures out what is causing the predators to go savage and finding Nick, he records Judy's saying "I really am just a dumb bunny!" after admitting her mistake and plays it back twice. When being comforted, Nick playfully asks if she is doing this to get the pen for recording the last thing she said until he tells her she is standing on his tail.

The pen is used again to record the monologue of Bellwether as she admits being the mastermind behind the predators going savage from night howlers, which Judy and Nick play back right as the ZPD arrive. With this evidence, Bellwether is put behind bars and the infected predators are cured of their savagery from Night howlers.

Writing with the pen 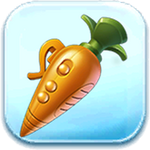 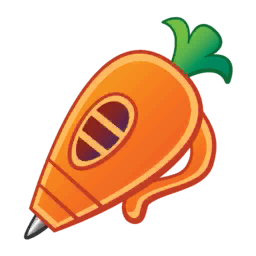 The Carrot Pen as an emoji from Disney Emoji Blitz.