Disney Wiki
Register
Don't have an account?
Sign In
Advertisement
in: Characters, The Weekenders Characters, Disney characters,
and 12 more

Anyone making a fool out of him, Algae Breakfast Bars

Mr. and Mrs. Descartes (parents), Penny Descartes (sister), Todd Descartes (brother)
Carver René Descartes[3] is the self-proclaimed "cool guy" of the group in The Weekenders. He is an African American who has a strong interest in clothes and fashion (particularly shoes). Although he appreciates spending time with his friends, Carver desperately and hopelessly wants to be one of the cool kids and, ultimately, to become a celebrity. He is shown to be a little self-centered and annoying and can be immensely shallow and superficial towards women: he once rejected a girl just because she was too tall. Thus, the more touching moments of the show are when he is altruistic and battles his own insecurity. Carver often makes bad choices. One of the many notable jokes about Carver is that he secretly owns and tries on women's clothing, making him pretty strange. However, he usually (nervously) responds that the clothing is his sister's. Carver also has a younger brother named Todd, a toddler stuck in his terrible twos, who often torments Carver and often, by extension, his friends. He sometimes goes to his sister, Penny, for advice, but she frequently ignores his questions. Carver's head is often compared to a pineapple for humorous effect. Carver is sometimes noted for his horrible handwriting, which often leads to people reading words much different from his intentions.

All of Carver's outfits consist of an open button-down shirt, t-shirt, pants, and sneakers, of various colors. 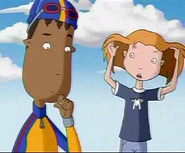 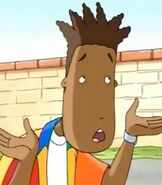