Disney Wiki
Register
Don't have an account?
Sign In
in: Films, Animated shorts, Make Mine Music,
and 2 more

Casey at the Bat
Casey Bats Again is an animated short that first premiered on June 18, 1954. A sequel to the Make Mine Music segment Casey at the Bat, it tells the story of Casey's daughters forming a baseball team and redeeming his reputation.

Casey comes to the plate again, this time as the manager of a team comprised of his nine daughters who manage to win despite Casey's leadership.

The old Mudville baseball field had turned into a town dump after the events of Casey at the Bat and before it was restored the new baseball field.

The newly, restored Mudville baseball field with new architecture and the trolley wagon access to the road. 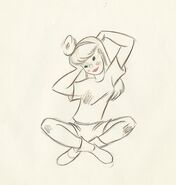 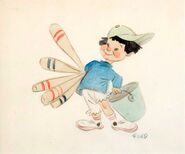 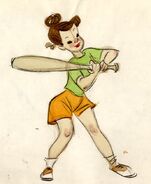 Concept art of both the Caseyettes with a happy Coleen and a sad Patsy by Retta Scott.

Concept art of the Caseyettes by Retta Scott. 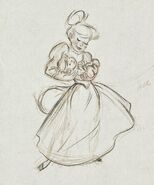 Conceptual sketch of Mrs. Casey with her baby by Fred Moore.