(by herself)
Pumpkin (by J.J. Jones)Sissy (by Logan)
Little Cookie (by Gunther)
Red (by Logan and Mr. Watanabe)
Ceece (by Jeremy Hunter)

Flynn Jones (brother), J.J. Jones (father), Georgia Hunter (mother)
Cecelia "CeCe" Jones[2] is one of the main characters on Shake It Up where she dances on the local teen dance show, Shake It Up, Chicago!. She is the daughter of Georgia Jones and J.J. Jones and the older sister of Flynn Jones. She is best friends with Rocky Blue. She lives in an apartment with her mother and brother in the suite below Rocky and her family. Her parents are divorced and her father lives in Florida. She attends John Hughes High School in Chicago, Illinois. She wants to become famous and also wants Rocky to be famous with her.

CeCe is portrayed by Bella Thorne and by Skylar Keesee as Little CeCe (Shrink It Up and Judge It Up).

In Season 1 CeCe was a silly, upbeat, adventurous, and aspiring young girl.

In Season 2 CeCe was a little more mature and hard-working. She was also more ditzy and gullible.

In Season 3, CeCe is more supportive. She also seems to pay attention more and is more intelligent.

Flynn is CeCe's brother. She often babysits him while their mother is at work. She sometimes cooks for him, puts him to bed, and tries to keep him out of trouble. Although their relationship is usually shown to be made up of bickering and typical sibling rivalry, CeCe was the first to comfort him about their failed roadtrip in "Heat It Up". The two of them understand their parents' divorce situation and together even had to explain it to Rocky in "Parent Trap It Up". At times Flynn feels ignored by Cece, but they worked it out in "Weird It Up". Also, Flynn has admitted that he loves CeCe in "Funk It Up" to make her feel better.

Ty is a close friend of CeCe's, since Ty is her best friend's brother. They both attend JHHS and have several things in common such as a love for dancing. She often involves him in her plans, such as making it seem like they didn't care if Rocky left to model in New York in "Model It Up", where they also hugged (with Deuce and Flynn) when they thought Rocky was actually leaving. In "Show It Up", CeCe grabs Ty's leg when she's begging for him to help her and Rocky in the talent show against Candy Cho and the Bulldogs cheerleading squad. CeCe, along with Rocky, takes Ty and Deuce to the Olive Pit in "Meatball It Up". Although Ty doesn't pay much attention to CeCe (or Rocky) when they need his help, he's still there for them when they need it (as seen in "Match It Up", "Show It Up", and "Vatalihootsit It Up").

Gunther is a "frenemy" of CeCe's, fellow dancer on Shake It Up! Chicago, and schoolmate at JHHS. The two don't often get along and like to throw insults at each other, but when alone they seem at ease. Rocky told CeCe to ask him to the school dance in "Hot Mess It Up" when they thought that he was about to move back to the "old country" because of her. At the end of the dance, she decided she couldn't go out with him anymore and didn't care if he moved back to the "old country", saying, "I'll buy his plane ticket MYSELF." But she never got a chance to break up with him, because he overheard her. Though he acted very sweet to her throughout their relationship, in the end, they broke up. They can be friends at times, as seen in "Model It Up" when CeCe had been working with Gunther (off-screen) as her modelling coach. In "Split It Up", they are selected by Gary Wilde to be guest dancers on Good Morning, Chicago and get the spotlight dance. In Reality Check It Up, True Teen Life announces that CeCe is in love with Gunther, causing CeCe to act disgusted and claim that she wasn't in love with him, but Gunther didn't believe her and flirted with her, showing that he has some interest in her. In "Surprise It Up", they go to a funeral of Gunther's mailman together, and later on in the episode, he shows up at CeCe's birthday party. They also have the most episodes revolved around their pairing.

CeCe and Rocky, being the main protagonists, are the only two main characters to appear in every episode. 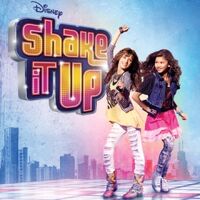 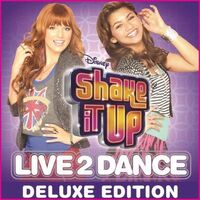 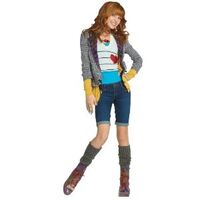 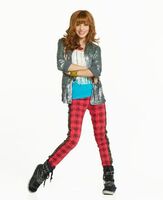 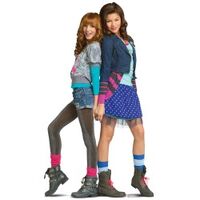 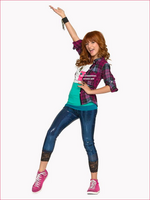 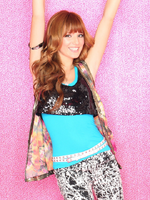 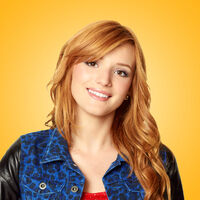 Retrieved from "https://disney.fandom.com/wiki/CeCe_Jones?oldid=888428"
Community content is available under CC-BY-SA unless otherwise noted.