Central Plaza Stage was a castle stage located in front of Le Château de la Belle au Bois Dormant at Disneyland Park (Paris) from 2009 to 2012. It was the headliner of the Mickey’s Magical Party in 2009. Disneyland Paris decided to invest heavily in themed “years”, similar to what Tokyo Disney Resort had been doing for years. For the occasion, a new stage was built on Central Plaza with four connecting satellite stages on either side. However in 2012, Central Plaza swapped the unpopular stage for temporary tents as remodel hits sub-zero weather. 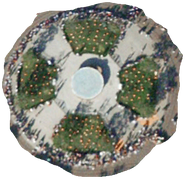 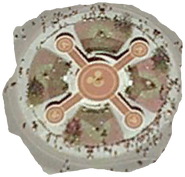 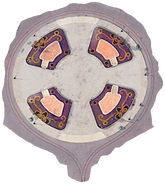 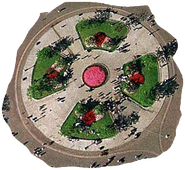