1982-present
Christopher "Chris" Phillips is an American voice actor, singer, songwriter, and producer, who is best known for his voice roles in various Rockstar video games such as Marty Chonks and El Burro in Grand Theft Auto III and his role in Max Payne. He even voiced the "Face" character on Nick Jr. interstital bumpers from 1994 to 2003. 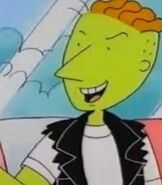 Cap'n Crane
(PB&J Otter)
Add a photo to this gallery
Retrieved from "https://disney.fandom.com/wiki/Chris_Phillips?oldid=3951557"
Community content is available under CC-BY-SA unless otherwise noted.