Christian Michael Leonard Slater is an American actor, voice actor, and producer. He made his film debut with a leading role in the 1985 film, The Legend of Billie Jean. He also played a monk's apprentice alongside Sean Connery in The Name of the Rose before gaining wider recognition for his breakthrough role in the cult film, Heathers. In addition, he voiced Pips in the 1992 animated film, Ferngully: The Last Rainforest.

For Disney, he voiced Paul in the Phineas and Ferb episode "Delivery of Destiny", Grim Buccaneer in Jake and the Never Land Pirates, Ushari in The Lion Guard, Elliot Decker in Milo Murphy's Law, and Ren in LEGO Star Wars Terrifying Tales.

Paul the Delivery Guy
(Phineas and Ferb, US Dub) 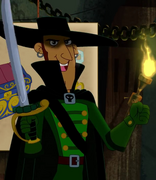 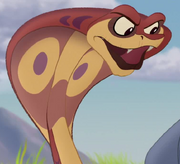