Complications from a fall

Plummer's acting career spanned seven decades, in which he made his acting debut in theatre and appeared in productions, like Othello, Barrymore, Cyrano, No Man's Land, Macbeth, King Lear, and J.B. He made his film debut in 1958 with Stage Struck and it soon led to his most recognized performance as Captain Georg von Trapp in the musical film, The Sound of Music with Julie Andrews, for which Plummer received widespread acclaim for his performance. His other film credits include The Fall of the Roman Empire, Waterloo, The Return of the Pink Panther, The Man Who Would Be King, Beginners, The Insider, The Last Station, An American Tail, The Exception, Star Trek VI: The Undiscovered Country, Rock-a-Doodle, Where The Heart Is, Malcolm X, A Beautiful Mind, All the Money in the World, The New World, The Girl with the Dragon Tattoo, Knives Out, and The Last Full Measure.

He also appear in made for television films, like Little Moon of Alban, Hamlet at Elsinore, Arthur Hailey's the Moneychangers, The Thorn Birds, Our Fathers, Jesus of Nazareth, American Tragedy, On Golden Pond, and Nuremberg.

He is the father of actress Amanda Plummer and one of the few performers to have received the Triple Crown of Acting, and the only Canadian to achieved that record. He won an Academy Award for Best Supporting Actor at the age of 82 for Beginners in 2010, becoming the oldest person to win an acting award (of which the record has been surpassed ever since by Sir Anthony Hopkins upon receiving his second Academy Award win for The Father in 2020, at the age of 83), and he received a nomination at the age of 88 for Ridley Scott's All the Money in the World, making him the oldest person to be nominated in an acting category in the Academy history. 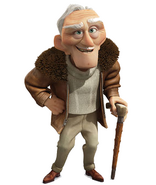