Images of Claude Frollo from The Hunchback of Notre Dame. 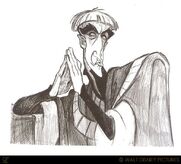 "Take them from her."

Frollo upon the realization that the bag she was carrying was actually her child and not gold that he believed she stole.

Frollo attempts to throw baby Quasimodo into a well to drown him.

"Maybe this foul creature may yet one day prove to be useful to me."

"This is Your Sanctuary."

"Ease up. Wait between lashes. Otherwise the old sting will dull him to the new."

"You know, my last Captain of the Guard was um... a bit of a disappointment to me."

"The real war, Captain, is what you see before you."

Frollo is furious at Quasimodo for sneaking out of Notre Dame to attend the Feast of Fools.

Frollo's fury rises as Quasimodo is crowned King of Fools and cheered by all.

Frollo ignoring Quasimodo's pleas as he tortured by the crowd as punishment for disobeying him.

"Find her, Captain. I want her alive."

Frollo glaring at Quasimodo before sending him back into Notre Dame.

Frollo sneaks up behind Esmeralda and forcefully grabs her arm.

"I was just imagining a rope around that beautiful neck"

"You know I am a righteous man, of my virtue I am justly proud."

"You know I'm much purer than the common, vulgar, weak, licentious crowd."

"Why I see her dancing there? Why her smoldering eyes still scorch my soul."

"This Burning Desire, Is turning Me to Sin."

"...He made the devil so much stronger than a man!"

"Don't let this siren cast her spell. Don't let her fire sear my flesh and bone."

"And let her taste the fires of Hell, or else let her be mine and mine alone."

"Now gypsy it's your turn."

"Be mine or you will burn!"

Frollo passed out after "Helfire"

"The sentence for insubordination is death."

Frollo arrives at the cathedral, when he suspects Quasimodo, played a role in Esmeralda's escape.

"Is there something troubling you, Quasimodo?"

"It's awfully good. Looks very much like the gypsy girl."

"That wasn't kindness, it was cunning! She's a gypsy!"

"Gypsies are not capable of real love!"

"Think, boy! Think of your mother!"

Frollo takes a moment to recompose himself.

"But what chance would a poor, misshapen child like you stand against her heathen treachery?"

"She'll be out of our lives soon enough."

"I will free you from her evil spell. She will torment you no longer."

"I know where her hideout is."

"Captain Phoebus back from the dead. Another miracle, no doubt."

Frollo upon arriving at the Court of Miracles

"The time has come, gypsy."

"from the very flames of this world..."

Esmeralda about to spit in Frollo's face

"I've should've known you'd risk your life to save that Gypsy witch!"

"Just as your own mother died trying to save you."

"And He shall smite the wicked, and plunge them into the fiery pit!"

Frollo with Grumpy and Grimsby in House of Mouse.

Frollo with other villains in House of Mouse.
Add a photo to this gallery

Frollo engulfed in darkness.
Add a photo to this gallery

Frollo posing for a photo at one of the Disney Parks 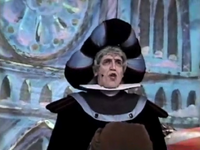 Frollo at The Hunchback of Notre Dame: A Musical Adventure 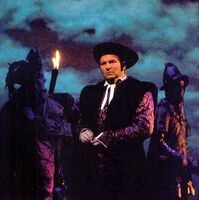 Frollo with his dying brother Jehan 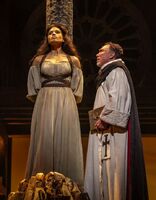 Frollo's signature.
Add a photo to this gallery 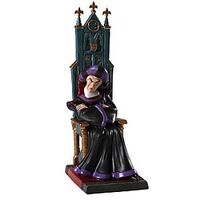 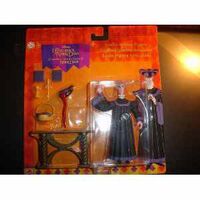 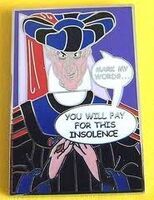 Frollo on the front cover of Kingdom Keepers: Power Play 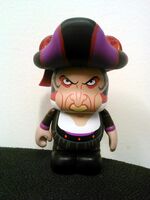 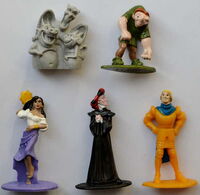 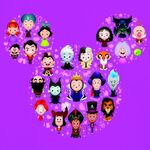 Add a photo to this gallery
Retrieved from "https://disney.fandom.com/wiki/Claude_Frollo/Gallery?oldid=3747251"
Community content is available under CC-BY-SA unless otherwise noted.