Incredibles 2
Coco is a Disney/Pixar musical fantasy film centered around the Day of the Dead (Spanish: Día de los Muertos). Coco is Pixar's 19th feature film, and was released on November 22, 2017.

The Rivera family history is told, explaining that its matriarch Imelda was the wife of a musician who left her and her child Coco to pursue a career in music. She turned to shoemaking which became the family business, and began a tradition which to this day bans music in the Riveras. Her great-great-grandson, 12-year-old Miguel, lives with his elderly great-grandmother Coco and the rest of her descendants in the small, fictional Mexican village of Santa Cecilia. He secretly dreams of becoming a musician like his idol, the late Ernesto de la Cruz, a popular singer and film star who died in a performance when a stage worker accidently drops a giant bell on him. Miguel keeps a secret hideout with many memorabilia from de la Cruz and he is everyday discouraged by his family about becoming a musician. When Miguel tries to enter a talent show for the Day of the Dead, his Abuelita destroys his guitar when he tried to convince her to see him play. Miguel then discovers something hidden in the photo of Imelda – taken with her husband and an infant Coco – at the center of the family ofrenda: her husband (whose face is ripped out) was holding the guitar famously used by Ernesto.

Concluding that he is Ernesto's great-great-grandson, Miguel is emboldened to steal the musician's guitar from his mausoleum to use in the show, but in doing so, he played a magic chord and finds that he is no longer visible or tangible to living people (only to Dante, a street dog he has befriended). Instead he can see his skeletal dead relatives, who are visiting the Land of the Living on this holiday, and they can see him. They believe this is related to Imelda's inability to cross the bridge to the world of the living, and take Miguel to Land of the Dead to solve the puzzle.

They learn that Imelda cannot cross because Miguel removed her portrait from the ofrenda. Furthermore, Miguel has to be restored to the Land of the Living before sunrise or he will become one of the dead. The curse from the Riveras which sent him to this plane of existence can be undone by the blessing of a family member such as Imelda; she gave Miguel her blessing with the condition of abandon his musical ambitions. Just as he received the blessing, Miguel disobeyed the condition and was sent back with Imelda which now forces him to accept her conditions but Miguel refuses and escapes to search for Ernesto, figuring he can get a blessing from that ancestor with no such conditions.

Miguel encounters Héctor, a down-on-his-luck skeleton who says he once played with Ernesto and died eating a chorizo (Mexican styled sausage), and offers to take Miguel to him, in exchange for a favor of putting his picture on an ofrenda so he can cross the flower bridge to see his daughter which he agrees. To make the plan work, Hector paints Miguel's face to disguise as a skeleton and goes for a guitar from his friend Chicharrón who is fading because he has no remaining living relatives to remember him. Chicharrón disappears from the Land of the Dead soon after, as Miguel realizes Héctor is in danger of being forgotten by the living, and he wants Miguel to take his photo back to his world so Héctor can use it to visit his daughter one last time before she forgets him.

Imelda and the dead Riveras are determined to find Miguel so she sends her winged jaguar alebrije Pepita to find him. Miguel and Hector managed to meet Frida Kahlo, whom she tell them they can get to meet Ernesto if they win a talent show to be his opening act. At first Miguel was nervous but he managed to win the contest, but then Pepita and the Riveras find him and he has to escape, as well that Hector is now angry that Miguel lied to him that Ernesto was his only relative and he could have put his photo earlier. Just as Miguel was cornered by Imelda and Pepita, he argues that he won't accept her blessing if she won't let him do something he loves deeply and she wouldn't understand how being a musician is, but she proves him wrong with singing a rachero ballad.

Although it turns out that Héctor is actually no longer on speaking terms with Ernesto, Miguel manages to get into the singer's lavish party with his help. Miguel introduces himself to Ernesto, who cheerfully welcomes him as his great-great-grandson, the two bond at the party and playing together, but just as Ernesto was about to give him his blessing, Héctor gets into the party and confronts Miguel, feeling betrayed that the boy has reneged on their deal. In the confrontation, Miguel points out a detail that prompts Héctor to realize that his death had not been accidental, with a scene of one of Ernesto's movies, Miguel figured out that Ernesto and Hector used to be partners in the music industry but Hector wanted to go back to his family so Ernesto poisoned his tequila. After Héctor's death, Ernesto used his songs – and his guitar – to become famous. Taking Héctor's portrait, Ernesto detains Héctor and Miguel in a cenote pit.

In the cenote Hector started to fade and yells the name of Coco, which Miguel shows the picture he took from the ofrenda and the two realize that Miguel's great-great-grandfather is Héctor. Upon knowing that Coco is dying, Hector will fade if she dies, who is the only living relative that knew him. With the help of Pepita and Dante, who turns out to be a spirit guide, Imelda and the other dead Riveras find them. Although Miguel explains the circumstances of Héctor's death, Imelda still won't forgive him but will help save Hector. To retrieve Héctor's portrait from Ernesto, they infiltrate his sunrise concert with the aid of Frida. The plan fails when Ernesto recognized them and tries to steal the picture while sings La Llorona with Imelda, but Ernesto is exposed to his fans as a fraud, traitor and killer and gets crushed by the same bell that killed him, echoing his first death.

As the sun rises, Héctor begins to disappear. To save him, Imelda blesses Miguel without conditions, and he rushes to Coco's side. Using Héctor's old guitar, Miguel sings "Remember Me", a song that Héctor used to sing to Coco during her childhood, which sparks her memory and revitalizes her. She retrieves from a bundle of mementos the missing part of the photo from the ofrenda, with Héctor's face. With Coco's support for him, Miguel reconciles with the living Riveras, who accept him and music into their household.

One year later, Miguel proudly presents the family ofrenda – which now features a photo of the recently-deceased Coco – to his new baby sister. Miguel's revelations about Ernesto have left him to be forgotten by the world of the living, who now honor Héctor in his place as well his legacy. In the Land of the Dead, Héctor and Imelda reunite with Coco, then cross the bridge to see their living family, including Miguel, who sings and plays the guitar for the living and deceased Riveras.

Disney/Pixar announced Lee Unkrich's next film at CinemaCon on April 24, 2012. At the time , it was referred to as The Untitled Pixar Movie About Día de los Muertos. The official synopsis is:

Coco was confirmed to be released on November 22, 2017. Pixar's very first movie, Toy Story, was released in 1995 that same day. The movie aired first in Mexico on October 27, 2017 at the Morelia International Film Festival[2], before being aired in theaters in North America.[1]

The film was accompanied by Walt Disney Animation Studios featurette short Olaf's Frozen Adventure during the first three weeks of the film's release.

Director Lee Unkrich pitched the idea of the film in 2010 after the completion of Toy Story 3.

On May 11, 2013, The Walt Disney Company requested a trademark the phrase "Dia de los Muertos" for various merchandise. This caused criticism from the Latino community.[3]

The team made a trip to Mexico to find many references to help defining the characters and the story. Unkrich said, "I'd seen it portrayed in folk art. It was something about the juxtaposition of skeletons with bright, festive colors that captured my imagination. It has led me down a winding path of discovery. And the more I learn about Día de los Muertos, the more it affects me deeply."[4]

In 2015, Disney hired Lalo Alcaraz as a consultant for the film. He is a Mexican-American cartoonist who drew a satire film poster depicting a skeletal gigantic Mickey Mouse with a line "It's coming to trademark your culture."

On April 13, 2016, Disney and Pixar announced that they started the animation process.[4]

Coco was universally acclaimed. The film received an approval rating of 97% on Rotten Tomatoes, based on 178 reviews, with an average rating of 8.2/10. The site's critical consensus reads, "Coco's rich visual pleasures are matched by a thoughtful narrative that takes a family-friendly—and deeply affecting—approach to questions of culture, family, life, and death."

The Disney Wiki has a collection of images and media related to Coco (film). 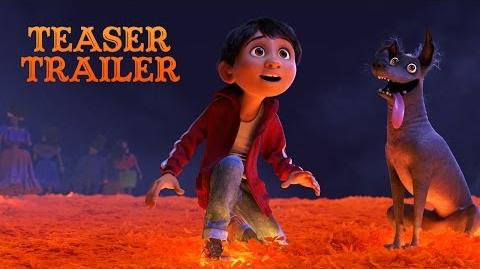 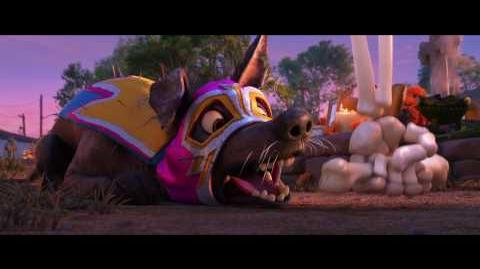 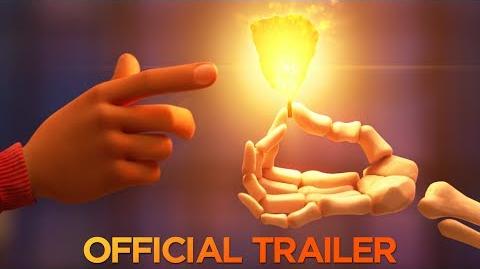 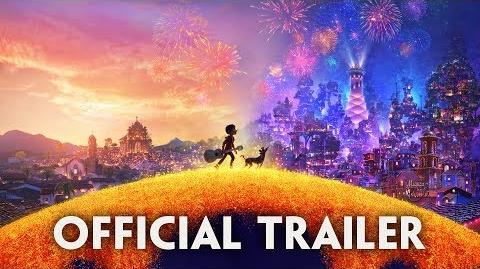 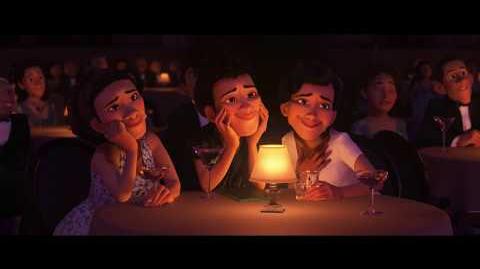 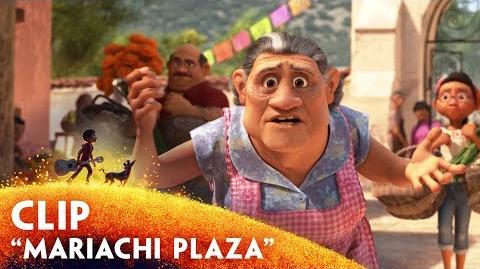 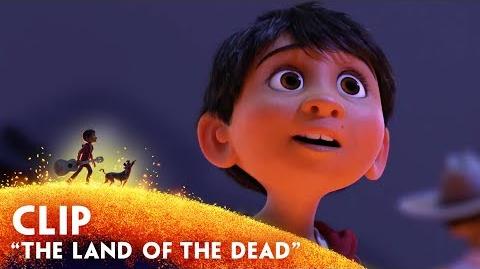 "The Land of the Dead" Clip - Disney Pixar's Coco 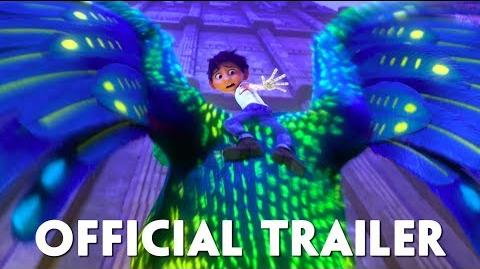 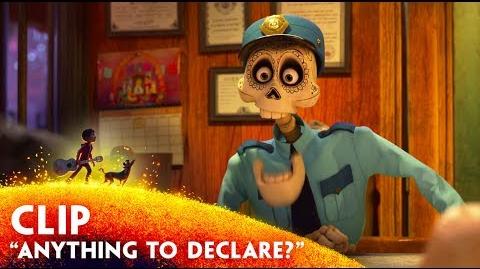 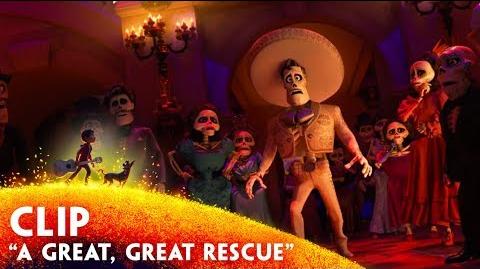 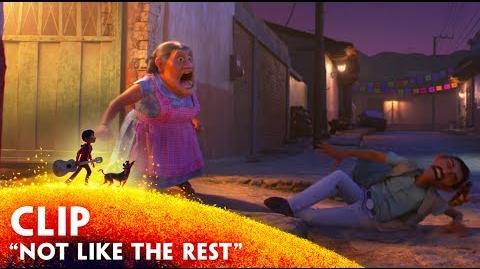 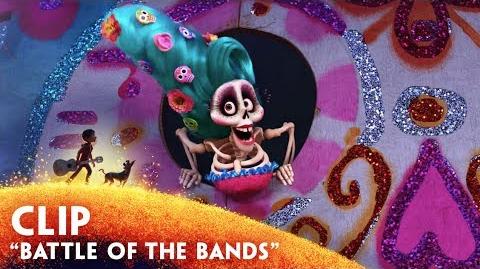 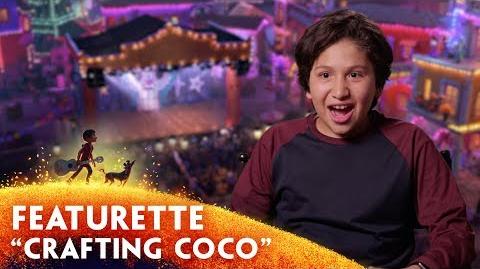 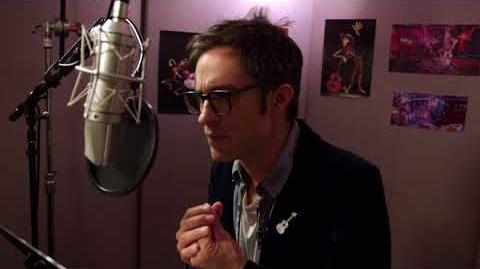 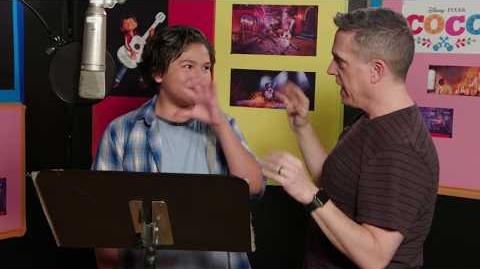 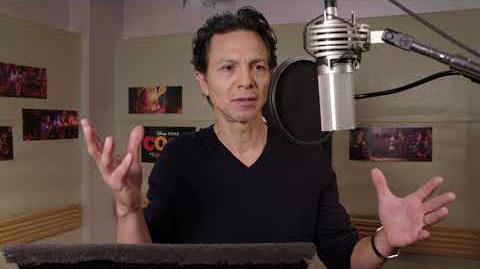 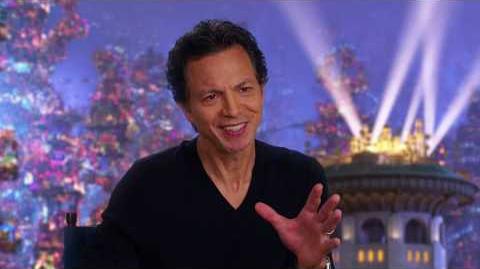 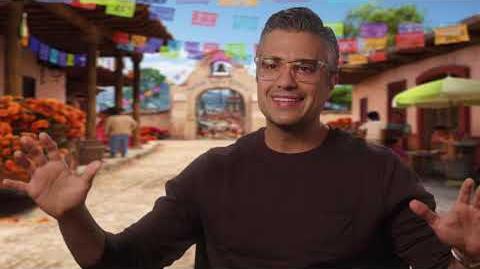 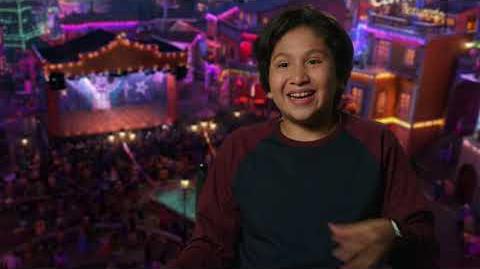 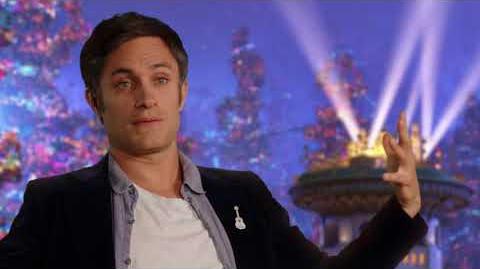 Retrieved from "https://disney.fandom.com/wiki/Coco_(film)?oldid=2937498"
Community content is available under CC-BY-SA unless otherwise noted.