2
Colleen Ann Villard (sometimes credited as Colleen O'Shaughnessey) is an American voice actress, who is best known for her roles as Jazz Fenton in Danny Phantom, Jodi Irwin in The Life and Times of Juniper Lee, Sora Takenouchi from Digimon Adventure series, Jenny from Transformers: Robots in Disguise (2001 cartoon), Charmy Bee and Miles "Tails" Prower (replacing Kate Higgins as the latter's voice since 2014) in the Sonic the Hedgehog video game series, among others.

For Disney, she has provided the voice of Wasp in The Avengers: Earth's Mightiest Heroes and Disney Infinity: 2.0 Edition, Kijimunaa in the English dub version of Stitch!, Pickles in Doc McStuffins, among others.

She currently resides with her husband Jason Villard, and has two children, Connor and Maggie. 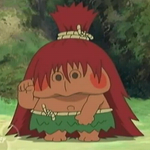 Dolores
(Stitch!)
Add a photo to this gallery
Retrieved from "https://disney.fandom.com/wiki/Colleen_Villard?oldid=4239527"
Community content is available under CC-BY-SA unless otherwise noted.