March 26, 2022
"Commander Anne" is the first segment of the fifty-first episode of the Disney Channel animated series, Amphibia.

Anne is made leader of the Wartwood Resistance, even though she's not good at the job.

Following their return to Amphibia, Anne and the Plantars are shocked to see the land in disarray. They immediately flee back to Wartwood Swamp and are attacked by a giant mind controlled centipede. However, they are rescued by the Wartwood Resistance, specifically One-Eyed Wally, Mrs. Croaker and an unusually buff Leopold Loggle. Sasha reveals herself, having formed the resistance since Anne and the Plantars left and reveals that they used the Plantar family catacombs as their base of operations. Everyone celebrates Anne and the Plantars' return and Sasha opts to have Anne take command, despite her reluctance. Grime privately questions Sasha's decision to give up command to Anne, but she tells him that it is "complicated".

The resistance's first mission is to destroy a factory where mind control necklaces are being produced, but it quickly becomes apparent that Sasha is better prepared for the job than Anne who keeps making various mistakes throughout the day. They finally manage to find the factory which is surrounded by a spiky gorge. Rather than do the obvious such as using a rope to get across, Anne has everyone stack on top of each other and make a bridge. The plan fails, but Sasha uses her skills to save everyone in the nick of time. At that moment, a giant snake with a mind control collar comes up and attacks the group. Anne tries to direct their attacks, but everyone gets swallowed whole.

Anne begs Sasha to take control, but she refuses as the last time she took control, she nearly ruined their friendship with her selfishness. Anne allows herself to be swallowed; urging Sasha to take control once again and direct everyone to widen themselves in the snake's throat so that it can cough them out. They break off its collar and freeing the snake where it slithers away and proceed to blow up the factory. Anne finally convinces Sasha to take command again as she is better at it and she does so; Sasha agrees to take the lead but assurers Anne that leading the resistance is a partnership. Anne is happy to be back with Sasha and furthermore is confident that they will rescue Marcy. She becomes very annoyed however when Hop Pop points out that Anne lost her shoe again. 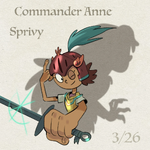 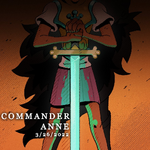 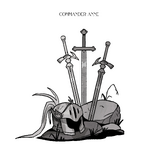 Anne and the Plantars return to a ruin Wartwood.

Polly is fighting to the mind-controlled centipede

Anne is shocked at the new Loggle

The Wartwood Resistance Underground Base.

Captain Grime is training to the kids

Giant Snake is freed from the collar