CommuniCore at EPCOT Center at Walt Disney World Resort, Florida, was the Science and Technology pavilion housed in two semi-circular buildings behind Spaceship Earth at the heart of Future World, serving as the "Community Core" of the park. The two buildings were known as CommuniCore East and West and housed rotating exhibits and were designed in such a way that they could be expanded if the need arose, though these plans largely went unimplemented.

It opened on October 1, 1982 with the rest of the park and closed in stages from 1993 to 1994. The pavilion reopened in 1994 as Innoventions, with almost all of the previous exhibits having been replaced. With the 2019 closure of Innoventions set to result in a drastic re-imagining of Epcot's "Community Core", only the East building will survive. However, with the COVID-19 pandemic resulting in changes to the plans for West, a quadrant would be rebuilt under the name CommuniCore Hall.

Sponsored by Sperry and later Unisys, Computer Central featured a number of interactive exhibits and a room containing some of the computers that ran the entire park. Two shows that allowed guests a look at this computer room ran during the lifespan of CommuniCore.

Computer Central was also home to:

Sponsored by American Express, the TravelPort was anchored by a 14-foot globe showing various destinations from around the world. An American Express Travel Service desk with live hosts would allow guests to get more information and even make reservations.

The Electronic Forum allowed guests to electronically share their opinions on current topics and participate in other polls.

Sponsored by Bell System and later, AT&T, FutureCom was a collection of interactive exhibits focused around communications technologies.

Also known as "Ask Epcot" and "EPCOT Outreach", the Discovery Center served as a library and information center to allow guests and educators to further explore the themes of Future World, playing a key role in the park's educational outreach programs.

Opening in February 1988 in a spot originally allocated for the "TRON Arcade", Expo Robotics showcased robotic arms programmed for a variety of tasks. These included precision tasks such as playing music or creating airbrushed T-shirts. When CommuniCore was turned into Innoventions, Expo Robotics would eventually become home to the Walt Disney Imagineering Labs in 1997. 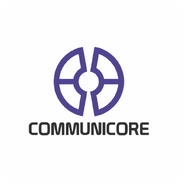 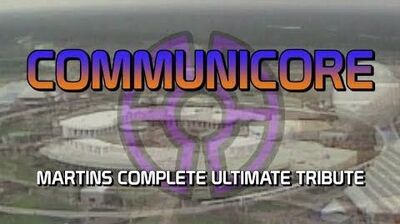