"Till Death do us part..."
Constance Hatchaway is a character from The Haunted Mansion attraction. She is the current incarnation of the bride character in the attic and in a retcon, one of the figures depicted in the Stretching Room's portraits.

The murderous bride was a concept dating back to some of Marc Davis' stretching portrait concepts. It would serve as inspiration when Disney Imagineers would revamp the Attic scene and its popular Bride character in 2006. Utilizing a similar projection effect to Madame Leota's, Constance would have a filmed body and a separate voice actress. Kat Cressida is the voice actress behind her whereas Julia Lee was the performance model for her.

Constance appears twice on the ride. She is seen in the Stretching Room in the elevator as an elderly black widowed bride looking straight at the guests who step back when the late Paul Frees' voice is heard as the Ghost Host. She sits on the tombstone that reads "Rest in Peace, Dear Beloved George" which is found in the cemetery. She is seen in the Attic where the photo changes while guests see and listen to the silhouette of a pianist playing a ghostly version of the bridal march on the piano. Constance holds her axe in front of her heart while reciting her wedding vows in a menacing tone while staring at the guests.

She appears as a boss towards the end of the Haunted Mansion mini-game. 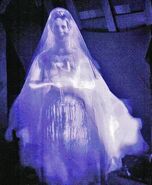 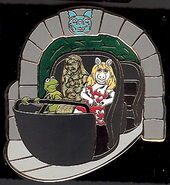 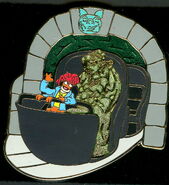 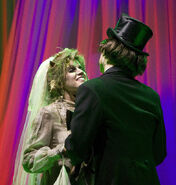 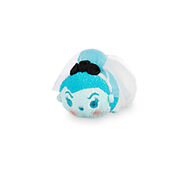 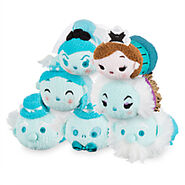 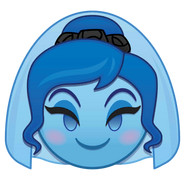 Bride's emoji for Disney Emoji Blitz.
Add a photo to this gallery

Retrieved from "https://disney.fandom.com/wiki/Constance_Hatchaway?oldid=3149074"
Community content is available under CC-BY-SA unless otherwise noted.