“What new things will you try?”
―CookieAnn's storybook tag.

“This is CookieAnn, Duffy’s friend. Coming up with new recipes and ideas – that’s her favorite thing to do! My nose knows! Sniff, sniff ‘I have an idea!’ What new things will you try?”
―CookieAnn's backstory.

CookieAnn (クッキー・アン) (formerly just Cookie (クッキー) is a creative yellow dog that appears at Hong Kong Disneyland. She is part of the Duffy and Friends line.[1] She loves cooking and trying new things.

Cookie was renamed as CookieAnn on October 9, 2019, with the new name being introduced in a video where Cookie wanted to have a double name like her friends ShellieMay and StellaLou.[2] She made her debut at Tokyo DisneySea on December 26, 2019, at Aulani on January 20, 2020 and at Shanghai Disneyland on January 26, 2020.

Cookie, the girl, caught his treat. Sniff, sniff "I have an idea! Try a cotton candy waffle sandwich!"

Duffy wasn't sure. "Is it...good?" "My nose knows!" "Wow, this is yummy!" Cookie was happy to share a new recipe with a new friend.

Duffy first met CookieAnn when he was enjoying some delicious cotton candy. He accidentally bumped into her as she was carrying a huge stack of waffles, and all their treats flew into the air! Luckily, CookieAnn caught them, and turned the ingredients into a cotton candy waffle sandwich. The accident turned out to be a recipe for friendship!

CookieAnn debuted at Hong Kong Disneyland on July 3, 2018.[1] She can be found outside Main Street Cinema as a walk-around character to greet guests. Merchandise of CookieAnn, as well as treats inspired by her, were also made available at the Main Street Corner Café.[3] 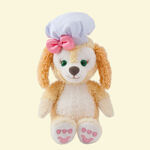 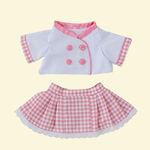 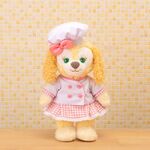 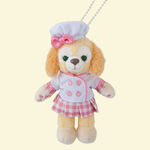 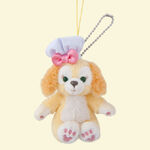 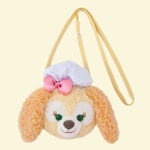 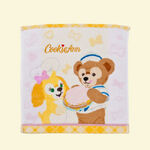 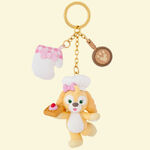 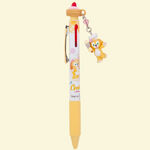 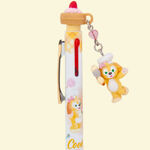 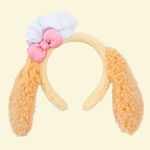