Bree and Colby, also known as The Cool Kids, are described as the coolest kids in the main characters' school in the show The Weekenders.

Carver is initially shown to with to be friends with them, especially in the episode Shoes of Destiny, which is the episode where they first appear.

They are shown to enjoy 'hanging out', which consists of standing around and leaning on surfaces, such as walls. That is their sole source of entertainment, besides "making fun of those who are beneath them". Their form of bullying is featured in "The Invited", in which they convince Tish and Tino that they are invited to a "costume party", which turns out to be just a regular party. Their bullying of others ends with the episode "Uncool World", in which Bree sees what it is like to be uncool when she loses her own "coolness".

Although they are mostly seen together, in the episode "Uncool World", where they have a "cool showdown" in order to see which one of the two of them are "cooler". When Colby wins, Bree is forced to spend time with Lor, Tish, Tino, and Carver instead. She becomes cool again at the end of the episode, however, when a VJ names her the "coolest" kid in the crowd. She then no longer can see Tino or the others, due to their uncoolness, but decides to no longer bully them or the other uncool kids, as she declares making fun of people uncool. 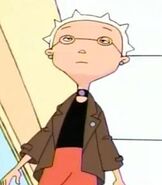 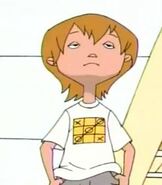 Colby
Add a photo to this gallery

Retrieved from "https://disney.fandom.com/wiki/Cool_Kids?oldid=3738738"
Community content is available under CC-BY-SA unless otherwise noted.