Dropping her cymbals, being yelled at, singing in public (formerly)

Nine brothers (unnamed)
Nine sisters (unnamed)
Coral is a young mermaid who first appears in the 2006 book, My Best Friend is Ariel.

Coral is a shy and timid mermaid who is chosen to play the cymbals in Sebastian's orchestra for a concert commemorating King Triton's birthday. After she humiliates herself by clumsily dropping her cymbals too many times, Ariel cheers her up by talking her to her secret grotto. After Ariel hears Coral sing, she brings her back to the orchestra and invites her to sing with her at the concert, which is a success.

Coral appears to be a pre-teenager, with blond hair wrapped into two ponytails. She has a purple tail which, unusually for a mermaid, is covered with a long pink skirt. 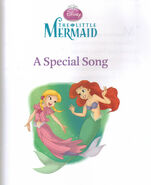 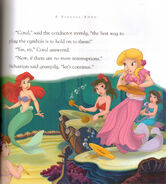 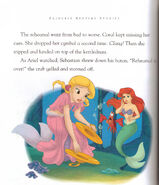 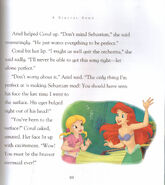 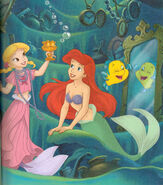 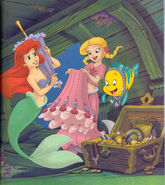 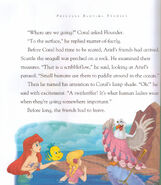 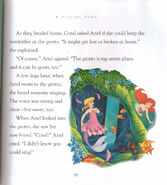 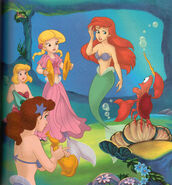 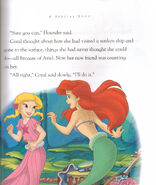 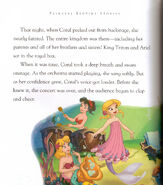 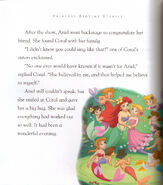 Retrieved from "https://disney.fandom.com/wiki/Coral_(The_Little_Mermaid)?oldid=4523653"
Community content is available under CC-BY-SA unless otherwise noted.