Being called a "bear-snake lady"

Reopens her tavern while keeping her taste in adventure

"If it's adventure you seek, you’ve come to the right tavern!"
"I'm living a lie! What have I become?!"
"You have to take risks in life to have an adventure."
Corey the Manticore is a major character in the 2020 Disney/Pixar animated feature film, Onward. She is a manticore restaurant owner who the Lightfoot Brothers (Ian and Barley) go to for help on their quest.

Centuries ago, Corey, known simply as 'The Manticore', was a fearless adventurer known throughout the land by many intrepid explorers, warriors, and wizards. She opened up her own tavern, where she would help aspiring adventurers to get started in undertaking dangerous quests.

Eventually, like the rest of the world as it forgot magic in favor of technological conveniences, The Manticore, later going by the name Corey, turned her Tavern into a fantasy medieval-themed family restaurant, and forgot her passion and love for adventuring as she settled into the modern world as an uptight business-owner. At some point, she sold her personal sword, Curse Crusher, to a pawn shop in order to take care of financial issues.

When she first appears in the film, Corey is an uptight and somewhat flustered and overworked restaurant owner, who is concerned with her business and curt with those around her as she tries to keep things running smoothly.

After Ian reinvigorates her passion for adventure, she returns to her former reputation of being brave, daring, dramatic, and not afraid to risk life and limb to have a great adventure.

Corey first appears at her tavern, when Ian and Barley Lightfoot seek her for guidance to find a new Phoenix Gem in order to complete a spell that will bring back their father. Corey refuses to help them, stating that she doesn't want to be liable for anything happening to them. Ian confronts Corey about her days as an adventurer and Corey was reminded of her own glory days in such a way that she looked around her business as though she were waking to a nightmare and realized she did not like the person she had become. Suddenly experiencing something of a mid-life crisis, she viciously scared away her customers and accidentally set her restaurant on fire.

Later, after the emergency responders arrive, Corey met the mother of the brothers who'd shaken her perspective and suddenly remembered, she forgot to tell them about a curse regarding the gem they were seeking. Going with Laurel, Corey explained that the curse would activate should the gem be removed from its hiding place and summon up a dragon-like beast and the only way to destroy it was with her sword, the Curse Crusher. Unfortunately, she'd sold it to a pawn shop owner, forcing Laurel to make a stop there. Due to muttering to herself about Curse Crusher being one of a kind and forged from rare metals, the pawn shop opener Greckle tried to charge a huge amount of money for them to buy it. After a brief argument, Corey stung Greckle with her stinger, temporarily paralyzing her, and they made off with the sword though Laurel did pay some money for it.

Continuing their journey to find Laurel's sons, they accidentally drove off-road when one of the members of the Pixie Dusters crashed onto the windshield, wrecking Laurel's car. Laurel then convinced Corey she could fly them even though Corey hadn't flown for a while.

Despite this, Corey found the strength and resolve to fly, with Laurel on her back, her sword in hand, and they descended upon the stone-dragon that appeared as a result of the cursed Phoenix Gem that Barley had found. Corey bravely cut off the stone dragon's wings but was knocked down and rendered unable to move due to a back injury. Laurel took up Curse Crusher and continued the battle to aid her son, Ian, who wielded magic with his father's wizard staff. Working together, Laurel and her son slew the dragon sculpture, saving everyone.

Later during the epilogue, Corey returned to her tavern and had a grand re-opening, this time keeping true to her self as an adventurer while still making her place of business fun and exciting. 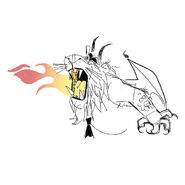 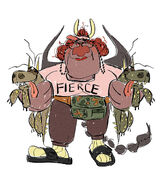 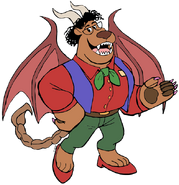 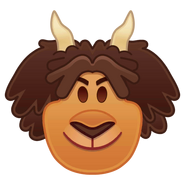 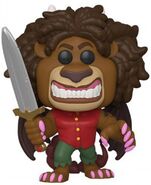 Disney Sorcerer's Arena
Add a photo to this gallery

Retrieved from "https://disney.fandom.com/wiki/Corey_the_Manticore?oldid=4122369"
Community content is available under CC-BY-SA unless otherwise noted.