Crimson Dynamo from the Marvel Comics

Russia
Crimson Dynamo is the wearer of the Russian equivalent of the Iron Man armor and member of the Winter Guard that will appear in the upcoming Black Widow.

Crimson Dynamo was created by Stan Lee and Don Heck.

Crimson Dynamo is first seen out of his armor as one of the prisoners in the Vault. During the breakdown, he attacks Iron Man alongside Blizzard and Whiplash.

He is later recruited by the Masters of Evil at some unknown point after Wonder Man and before Abomination. He helped the other members of the Masters of Evil take over Avengers Mansion and capture every Avenger except for Black Panther, Ant-Man, and Hawkeye. Zemo promised him he could kill Iron Man when everything had succeeded. Impatient, Dynamo blocked Zemo's path and asked him when and Zemo's answer was "When I say so." Dynamo agreed and stepped aside. He was later defeated by Wasp and Black Panther, though they managed to flee.

When the Masters of Evil guarded the Norn Stones, Crimson Dynamo faced Captain America. Dynamo had the upper hand but was scared by some spirits from Hela's realm. When Zemo went to Avengers Mansion to ask for help to The Avengers, he reveals that he sent Crimson Dynamo to distract Amora. Iron Man and Hawkeye knowing that would be the end of the Crimson Dinamo, then they were to help him. After being saved by the Avengers, he arrives at the mansion to confront Enchantress again. When the last Norne Stone was destroyed by Wonder Man, he was knocked out and sent to the Prison 42 as the rest of his team. 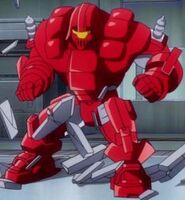 In Marvel Disk Wars: The Avengers 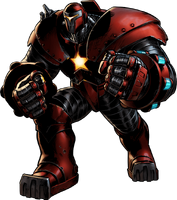