To become a racer

Racing, being a runner, helping and motivating others

"You need my help, Mr. McQueen."
"The beach ate me."
"Show me what you got!"
"I wanted to become a racer forever, because of you!"
"Yes, I do!"
Cruz Ramirez is the deuteragonist of the 2017 Disney/Pixar computer-animated feature film, Cars 3.

Cruz may be on Jackson's side of the age gap, but she is on Lightning's side of the conflict. As a lifelong fan of McQueen, she is optimistic, sunny, fierce, and friendly — and now, she is his new, younger coach, coming to Lightning's aid with stars in her eyes when he shows up at the Rust-eze Racing Center.[1]

To give Cruz a positive set of expressions and movement, the character riggers used 656 controls; 360 were for Cruz's body, and 296 were used for her face.[2]

Cruz is painted yellow all over, with brown eyes, and contains the Rust-eze Racing Center logo just between her doors and front fenders.

According to her character pose, she is a 2017 CRS Sports Coupe.[1] Her license plate reads "C01 06A", which is a combination of her voice actress Cristela Alonzo's initials and birthday.

With a bodywork made of lightweight alloy, an aerodynamic venturi channeled chassis, and a High Performance DOHC V-6 engine, Cruz can go from zero to sixty miles per hour in 3.8 seconds, and can go up to 210 miles per hour.[1] She has a voice command assistant called Hamilton.[3]

Initially, she is recruited by Lightning McQueen to help him train for the upcoming Florida 500 and defeat a rookie named Jackson Storm.[4] After a series of attempts which prove to be unsuccessful to train McQueen at the Rust-eze Racing Center, the two participate in a series of events including unwittingly entering and winning in demolition derby and training at Thomasville with Doc Hudson's former mentor, Smokey, she races in the Florida 500 herself as McQueen's replacement sporting his number, which she eventually wins jointly with McQueen. After the race, she politely turns down Sterling's offer to join the race team, possibly in retaliation for underestimating her skills and joins Dinoco's racing team sporting Doc Hudson's old number (51), with McQueen serving as her crew chief.

In the short, Cruz and McQueen celebrate her win at the Florida 500 and put her trophy next to the other trophy she earned at the Crazy Eight, only for both of them to see a commercial on the television featuring Miss Fritter, talking about her racing school. The sound waves caused by Miss Fritter's yelling at the end of the commercial knock over Cruz's Crazy Eight trophy and smash it to bits, much to Cruz's dismay just as McQueen tells her that going to Miss Fritter's school program is too dangerous to attend.

In the Stig vs Lightning McQueen short, Cruz, McQueen and Mater, all in LEGO forms, travel to the Top Gear test track to race with the Stig. However, at the end of the race, a replica of the Leaning Tower of Pisa collapses on top of the Stig, and Cruz and McQueen can only watch as Mater unsuccessfully tries to get him back to his original shape.[5]

Cruz appears as one of the game's playable characters.

Since 2017, Cruz appears in Cars Land at Disney California Adventure park as a "drive-around" character. She regularly stops at the Cozy Cone Motel to speak and have pictures taken with guests. She appears in her Dinoco paint job. From 2017 until it’s closure in 2018 after the opening of Toy Story Land, Cruz appeared at Disney’s Hollywood Studios outside of the exit to Toy Story Midway Mania.

Cruz appears in the show Lightning McQueen's Racing Academy At Disney's Hollywood Studios. In the show, Cruz acts as Lightning's crew chief for the simulator, alongside Mater. Cruz also appears in the waiting area next to DJ to pose for photos. 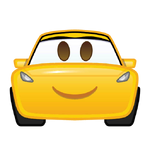 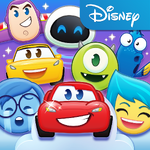 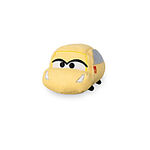 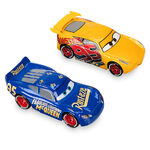 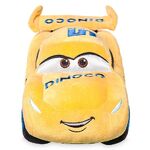 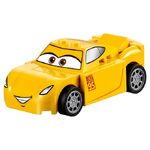 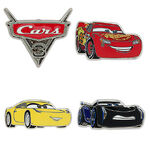 Retrieved from "https://disney.fandom.com/wiki/Cruz_Ramirez?oldid=4143621"
Community content is available under CC-BY-SA unless otherwise noted.