Curtis Armstrong is an American actor and voice actor, who is best known for his portrayal as Booger in the Revenge of the Nerds films, Herbert Viola in the ABC comedy-drama series Moonlighting from 1985 to 1989, famed record producer Ahmet Ertegun in the 2004 biographical film, Ray, and for voicing the titular character in the Hub Network flash animated series Dan Vs. from 2011 to 2013, as well as the character Robot in the Nickelodeon animated series, Robot and Monster. He is currently the co-host of the TBS reality competition series King of the Nerds since 2013.

His Disney roles include a pastry chef in Spy Hard, Mr. Flaco Moleguaco in The Emperor's New School, Super Amazing Bouncy Ball in the Penn Zero: Part-Time Hero episode "Back to the Past of Future Balls", Justin Russo's zit in the Wizards of Waverly Place episode "Pop Me and We Both Go Down", Maru in Planes: Fire & Rescue, Mr. Bert Miller/Tim Bartlett in Safety Patrol, Constable Lumph in Tangled: The Series, Country Jake in The Adventures of Huck Finn, and Mr. Crummyham in Monsters at Work. 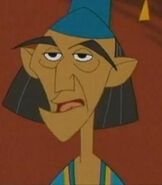 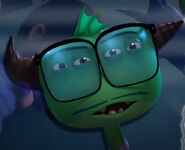 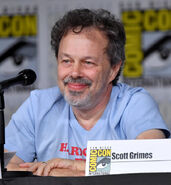