Doctor
Dr. Cyrus Bortel is a minor character from the television show Kim Possible. He was in the episodes the "Twin Factor" and "Emotion Sickness".

Dr. Bortel works at a top-secret research facility in the southwest. He is a scientist that has invented the Neuro-Compliance Chip, Silicon Phase Disruptor, Moodulators, and Electron Magneto Accelerator. His inventions are often targeted by Dr. Drakken. 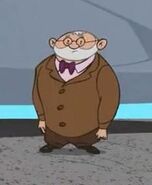 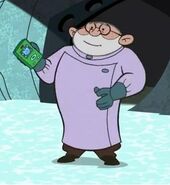