8
Dallas Raymond "Dal" McKennon was an American actor with extensive work as a voice actor, in a career that lasted for over 50 years. He was most famous for his role as the voice of Gumby in Art Clokey's stop-motion clay animation TV series, The Gumby Show. He was also well-known for portraying the Crooked Man in the 1987 children's musical video Wee Sing: King Cole's Party, and for being the original voice of Tony the Tiger in the Kellogg's Frosted Flakes commercials.

McKennon performed many character voices for Disney. His distinctive voice can be heard in movies, such as Lady and the Tramp, Sleeping Beauty, Donald Duck and His Friends, 101 Dalmatians, Mary Poppins, and Bedknobs and Broomsticks.

He also did voices for several Disney Park Attractions, such as the famous Big Thunder Mountain Railroad safety spiel ("Hang on to yer hats an' glasses, cuz this here's the wildest ride in the wilderness!"), the laughing hyenas in It's a Small World (recycled from the crazy laugh of the Hyena in Lady and the Tramp, and later heard in the 1979 horror film Tourist Trap, Jon Favreau's 2003 Christmas comedy film, Elf, and as the original voice of Ripper Roo in the Crash Bandicoot video game franchise), Ben Franklin in Epcot's The American Adventure, and Zeke in Country Bear Jamboree.

Additionally, he played Charlie Cooney in the 1978 live-action Disney film, The Cat from Outer Space.

He died five days before his 90th birthday.

Professor
(Lady and the Tramp)

Pedro
(Lady and the Tramp)

Toughy
(Lady and the Tramp)

Hyena
(Lady and the Tramp) 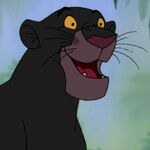 Zeke
Add a photo to this gallery

Retrieved from "https://disney.fandom.com/wiki/Dallas_McKennon?oldid=4492147"
Community content is available under CC-BY-SA unless otherwise noted.