Tim Belusko (2013-2016)
Danielle Christine Fishel is an American actress, voice actress, screenwriter, director, and television personality, best known for her role as Topanga Lawrence on the 1990's TV sitcom Boy Meets World. She is also known for being the host of Style Network's The Dish. Fishel appears in National Lampoon's Dorm Daze and its sequel, and was a spokesperson for NutriSystem. Danielle returned to her role as Topanga Matthews in Girl Meets World. In addition, she voiced Pyronica in Gravity Falls and a librarian in Star vs. the Forces of Evil. She even directed the Sydney to the Max episodes "I Know What You Did Last Sleepover", "Bummer Rental", "Look Who's Rocking", "Three Amigas and a Harry", "Boy Story"," "Mu Own First Enemies", "Dude Where's My Car Wash Money?", Honey, You Shrunk The Fit, the Just Roll With It episode "Aliens Among Us", two Coop & Cami Ask the World episodes, and the Raven's Home episodes "Dress to Express", "Girls Just Wanna Have Phones and Adolessons", "The Story So-Fa", "Wheel of Misfortune" and "Say Yes to the Protest" . 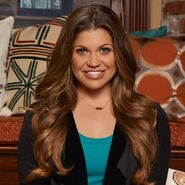 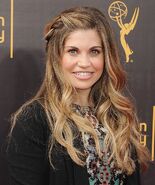 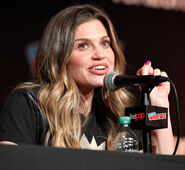