For Disney, he is known for voicing Jake Long in the Disney Channel series American Dragon: Jake Long. He also voiced one of the Nerdy kids and another student in the 1995 Disney animated film A Goofy Movie, Fukushima in Kim Possible, Kwok Wong in The Proud Family, Scorpion on Ultimate Spider-Man, Madrid on the Disney Channel sitcom The Suite Life of Zack & Cody, and voiced Jai Kell in Star Wars Rebels. He played Cory in the ABC TV show, A Million Little Things. 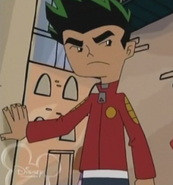 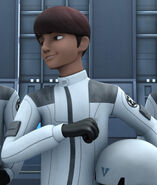 Dante Basco riding his motorcycle in Los Angeles in September 2009. 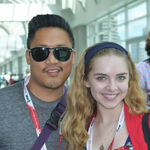 Dante Basco and Darcy Rose Byrnes attending the 2015 San Diego Comic Con.
Add a photo to this gallery
Retrieved from "https://disney.fandom.com/wiki/Dante_Basco?oldid=4069548"
Community content is available under CC-BY-SA unless otherwise noted.