Meghan Trainor (2018-present)
Daryl Christopher Sabara is an American actor and voice actor. He is best known for his role as Juni Cortez in the Spy Kids film series.

His work for Disney include T.J. Taylor in Wizards of Waverly Place, Hobie in American Dragon: Jake Long, various voices in A Christmas Carol, Son on Pier in Gravity Falls, Molecule Kid in Avengers Assemble, the Rhino in Ultimate Spider-Man, and Edgar Rice Burroughs in John Carter. 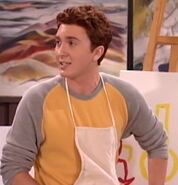 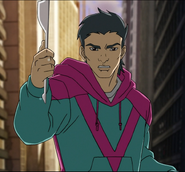 Daryl Sabrara at premiere of Prom in April 2011.
Add a photo to this gallery
Retrieved from "https://disney.fandom.com/wiki/Daryl_Sabara?oldid=4098907"
Community content is available under CC-BY-SA unless otherwise noted.