1
David Alan "Dave" Coulier is an American stand-up comedian, actor, voice actor, impressionist, and television host, who voiced Moray in The Little Mermaid TV series. He also starred in the Disney Channel Original Movies, where he played Whit Griffin in the 1999 film, The Thirteenth Year and Lance LeBow in the 2003 film, The Even Stevens Movie.

Coulier was born in St. Clair Shores, Michigan, on September 21, 1959 and graduated in 1977 from Notre Dame High School in Harper Woods, Michigan, where he was a member of the varsity ice hockey team, playing defense alongside future NHL player John Blum. He also attended The University of Michigan but dropped out after his freshman year to pursue comedy full time.

His breakthrough came with the role of Joey Gladstone in the ABC sitcom Full House from 1987 to 1995 and again for the spinoff series Fuller House. He also provided his voice to characters like Peter Venkman in Seasons 3-7 of The Real Ghostbusters, numerous animated Muppet characters in the original Muppet Babies series. Other animated shows he worked on include 1979 The Jetsons, Freakazoid!, The Sylvester & Tweety Mysteries, Pinky and the Brain, The Zeta Project, Dexter's Laboratory, Teen Titans, Robot Chicken, and Voltron: Legendary Defender. 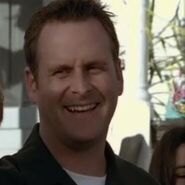 Lance LeBow
(The Even Stevens Movie)

Dave Coulier at premiere of Netflix's Fuller House in February 2016. 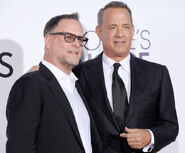