With Southey:
Edmund "Ned" Southey
Basil Southey
With Guerrero:
Alina Foley
David Scott "Dave" Foley is a Canadian-American actor, voice actor, stand-up comedian, director, producer, and writer. He is best known for starring in the Canadian sketch comedy The Kids in the Hall, and for his role as Dave Nelson on the NBC sitcom NewsRadio. He also voiced Francis Grey in The Batman. 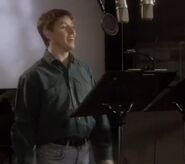 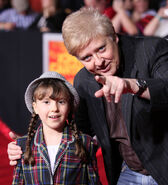