Coco (with Cox)
Charlie and Alexis (with McLarty)
David Arquette is an American actor, voice actor, comedian, film director, producer, screenwriter, and fashion designer. He is best known for his roles as Deputy Dewey Riley in the Scream films. He also appeared in other films, such as Never Been Kissed, Buffy the Vampire Slayer, See Spot Run, and Eight Legged Freaks.

He is the younger brother of actress Patricia Arquette. 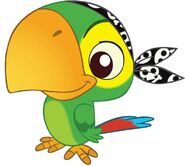 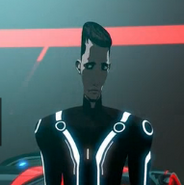 Link
(Tron: Uprising)
Add a photo to this gallery

David Arquette speaks onstage at the WWE and the Creative Coallition's Rally to support the Anti-Bullying alliance in August 2011.

David Arquette attending the 2019 Tribeca Film Fest.
Add a photo to this gallery
Retrieved from "https://disney.fandom.com/wiki/David_Arquette?oldid=3928973"
Community content is available under CC-BY-SA unless otherwise noted.