Whalley was born in Bridgeport, Connecticut, to Ice Capades skating stars and choreographers, Nathan and Edith Walley. In her teens, however, she decided to pursue a career in acting and studied acting at New York City's American Academy of Dramatic Arts. She began working on stage in the city.

Upon starring in Gidget Goes Hawaiian, Walley established herself as a teen idol and it led to her being cast in many of the "Beach Party" films, such as Beach Blanket Bingo, Ski Party, It's a Bikini World, and Ghost in the Invisible Bikini. Her other films include The Young Lovers, The Bubble, Spinout, Drag Racer, and Benji.

Later, she work in television on the show, The Mothers-in-Law as Suzie Hubbard Buell. She also appeared in shows, like Gomer Pyle: USMC, The Greatest Show on Earth, Wagon Train, The Virginian, The Hardy Boys/Nancy Drew Mysteries, Love, American Style, Baywatch, and Passions.

In her later years, began working off-camera as a writer, producer, and art director for various companies as well as an educator for those attempting work in entertainment. 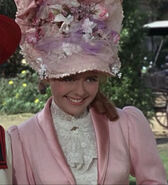