Disney Wiki
Register
Don't have an account?
Sign In
Advertisement
in: People, 1970s births, People from Virginia,
and 12 more

2
Deedee Lynn Magno Hall is an American actress, voice actress, and singer. For Disney, she began her career as a Mouseketeer on The Mickey Mouse Club from 1989 to 1993. She also played Classroom Kid in Sister Act 2: Back in the Habit, originated the role of Jasmine in Aladdin: A Musical Spectacular, and provided the voice of Snuggs in Doc McStuffins.

Hall was born in Portsmouth, Virginia, and grew up in San Diego, California as well as Orlando, Florida. Beginning her career at a young age, she was a apart of the musical group, The Party, which appeared as entertainment on The All New Mickey Mouse Club. After her time with Disney, she began a stage career with shows, like Miss Saigon, Wicked, If/Then, Next to Normal, and Mamma Mia!.

She gained wider attention for providing the voice of of Pearl in the Cartoon Network program Steven Universe and all of its related forms of media. She also appeared in shows, like Happily Ever After: Fairy Tales for Every Child, Third Watch, Curb Your Enthusiasm, Goliath, Trese, Grey's Anatomy, and 9-1-1. 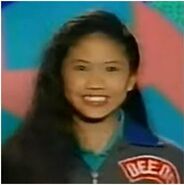 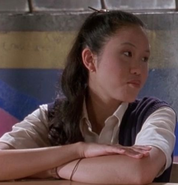 Classroom Kid
(Sister Act 2: Back in the Habit)