Relying on gadgetry, being talked about as the movie character, his movies talked about
Derek Blunt is an eagle who is the greatest agent in the history of S.H.U.S.H., as well as the arch enemy of Phineas Sharp in Darkwing Duck.

Derek Blunt was the most legendary secret agent employed by S.H.U.S.H., star of sixteen major motion pictures (including Live and Let Spy and Goldfeather), twenty-three novels, and an entire toy line. He was the only agent in the history of S.H.U.S.H. to capture the villainous Phineas Sharp, and he prided himself on having done so without the use of any gadgets or gimmicks. When Sharp escaped from prison and stole the master list of S.H.U.S.H. agents, J. Gander Hooter called Blunt out of retirement and partnered him with Darkwing Duck, much to the elder agent's disgust. Initially spiteful of one another (Blunt of Darkwing because of his overreliance on gadgets and Darkwing of Blunt because of his "phobia of modern technology"), the two eventually learned to get along after Darkwing saved them both from one of Sharp's deadly traps the Role of 007. 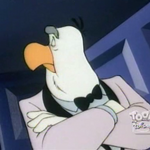 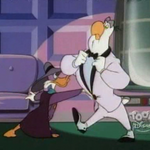 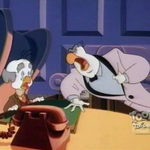 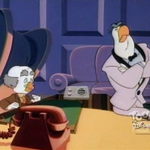 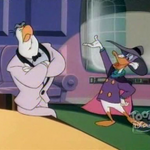 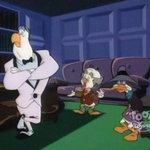 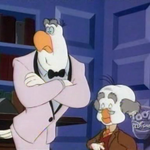 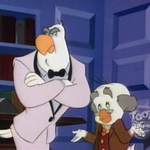 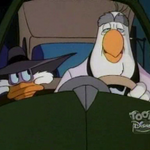 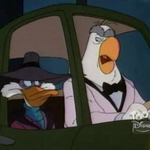 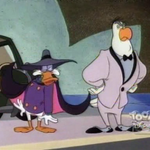 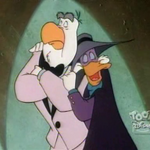 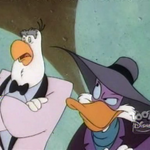 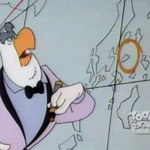 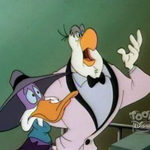 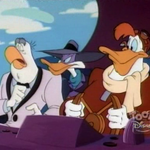 Blunt with Darkwing and Launchpad 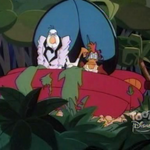 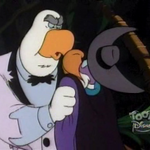 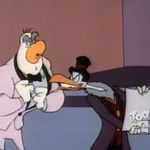 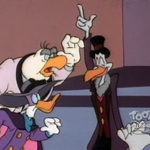 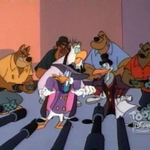 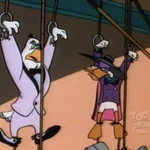 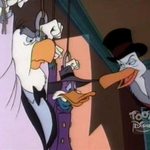 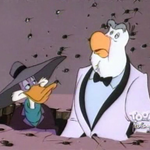 Retrieved from "https://disney.fandom.com/wiki/Derek_Blunt?oldid=4058725"
Community content is available under CC-BY-SA unless otherwise noted.