Picking up where the film left off and roughly before the second one, the villain kids, Mal, Evie, Jay, and Carlos use their one shot at being good while the dreadful and villainous parents roam the Isle of the Lost. The short series introduces new characters from the Isle and Auradon.

The production of the series was announced right after the film Descendants finished airing on Disney Channel. Former Phineas and Ferb storyboard artist Aliki Theofilopoulos Grafft directed the first season, with Jenni Cook as producer. Each episode of the series is under five minutes long, and features the original cast reprising their roles. Director Eric Fogel currently directs the second season. 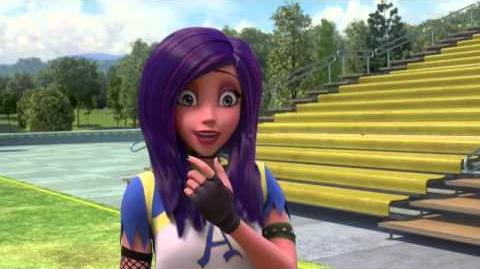 Retrieved from "https://disney.fandom.com/wiki/Descendants:_Wicked_World?oldid=2691814"
Community content is available under CC-BY-SA unless otherwise noted.