Plants, Nature, Being Camouflage, Performing
DiVine is a character in the Animal Kingdom that is heavily dressed in vines and plants to be camoflouged in the plant life and walks on high stilts.

The Kingdom Keepers change into cast members' clothing, Charlene Turner notably dressing up as DiVine. Since she is unseen by everyone, therefore giving her an advantage, she offers to watch the bat enclosure.

DiVine appears occasionally in Disney's Animal Kingdom around 10:00 am and 2:00 pm, occasionally around the park entrance sometimes camoflouge.

DiVine can be typically found at Disney's Animal Kingdom near the pathway between Africa and Asia meeting guests and taking pictures with them. But these days she can be found around the entrance of the park. She can also be found in special events and parties in the Animal Kingdom. And in the spring she wears the same costume but with flowers in her vines celebrating the spring time. 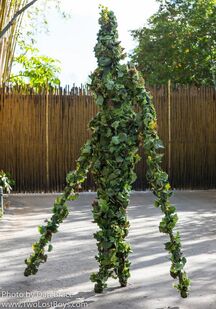 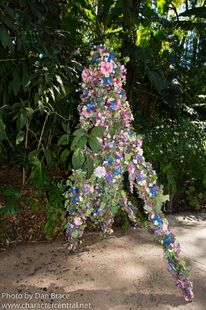 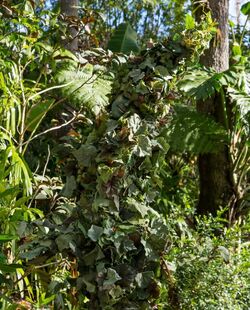 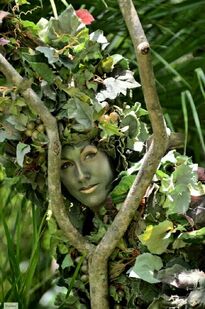 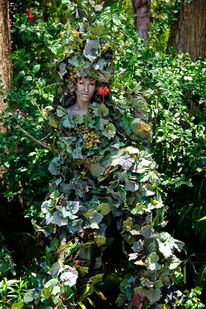 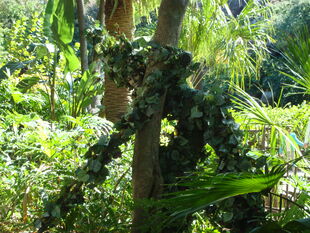