Disney's Contemporary Resort is a AAA Four-Diamond Award–winning resort located at the Walt Disney World Resort in Lake Buena Vista, Florida. Originally opened as a modern hotel with the rest of Walt Disney World on October 1, 1971, the resort is located within walking distance of the Magic Kingdom and can be seen from Tomorrowland, the land of its inspiration.

In 2021, the resort will undergo further reimagining, with changes to the arrival area, A-frame, and the addition of Incredibles-themed hotel rooms.

Villa types available at Bay Lake Tower include studios, one-bedroom, two-bedroom and three-bedroom Grand Villas. Facilities available at Bay Lake Tower include an information desk, Community Hall, and laundry facilities on the first floor and in the villas, alongside Bay Cove Pool, Shuffleboard, and the Cove Bar (which serves basic food items alongside drinks and offers the option to order from the room service menu). At the top of the tower is the 'Top of the World Lounge', which is currently only accessible from 5 pm onwards for residents of the tower staying on DVC points (this policy is expected to fluctuate).

Chef Mickey's, on the Grand Canyon Concourse, is a buffet which features appearances from Disney characters. Open for breakfast and dinner. Chef Mickey's offers a view of the monorail entering the resort and constant character appearances. There are children's items including Goofy's pizza, Mickeyroni and cheese, and other novelties. There is also an adult buffet which includes pot roast, steak, potatoes etc. Dessert bars are available to all. The characters may vary, but include Mickey Mouse, Minnie Mouse, Donald Duck, Goofy, Pluto, and Chip and Dale.

The Wave is situated on the lobby level in the location previously occupied by the Food and Fun Center. It focuses on feature items prepared with a healthy slant. It replaced the Concourse Steakhouse as a second full-service restaurant in 2008. In 2021, following Walt Disney World's reopening, Disney's Contemporary Resort announced that The Wave... of American Flavors was permanently closed and it was replaced by a new restaurant, Steakhouse 71, as part of Walt Disney World's 50th Anniversary celebration.

Using muted colors, updated furnishings and linens, guest rooms of the resort received a more modern appearance consistent with the resort's theme. New beds were installed with white duvets and sheets, and a suede headboard that runs the height of the room. A clear glass desk workspace was added to rooms, along with a light-green futon-style day bed. Carpet and wall colors now incorporate a soft "chocolate" brown color, while the new entertainment is framed by dark wood. This entertainment center includes a 32" HDTV LCD, however, the rooms still receive analog video signals, so HD video is unavailable to these televisions. Bathrooms have new Kohler "flat sinks", new mirrors and new wallpaper, and white and brown marble tile floors. A computer with unlimited Internet access is located on the glass desk. All rooms have mini-refrigerators, and they are stocked daily for suites & rooms on the 14th floor (concierge level with mostly suites and four regular size rooms).

Restaurants have also been subject to speculation on pending renovations, with the Orlando Sentinel reporting that all of the restaurants at the resort would be entirely reworked. California Grill and Chef Mickey's both received design updates to compliment the rest of the resort refurbishment, while the Food & Fun Center and arcade were moved to the Grand Canyon Concourse fourth floor. A new restaurant called "The Wave" replaced the Concourse Steakhouse, and opened in June 2008 on the lobby level. It features an "aquatic entrance," a walkway leading to the front of the house podium. The menu is be a fusion of Southeast Asian, Mediterranean, North American, and Western European cuisine. 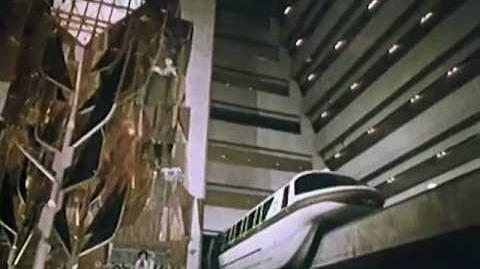 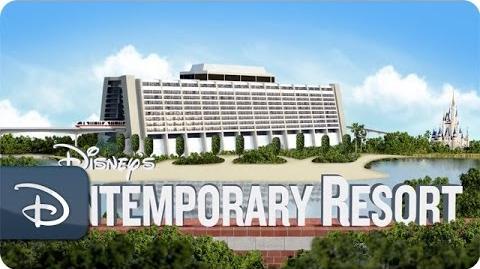 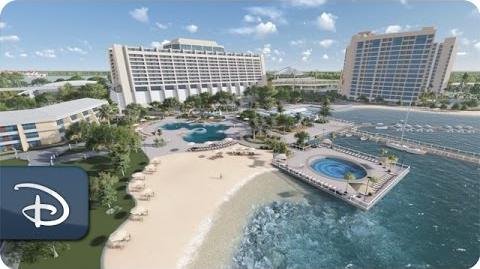 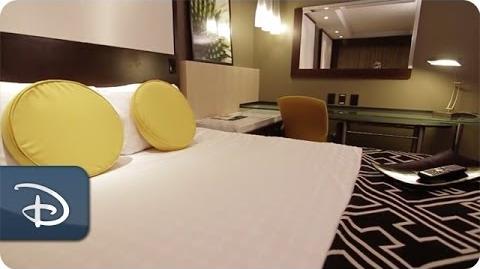 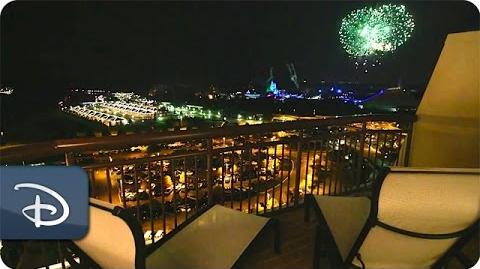 2021 Concept Art for a new look at Disney's Contemporary Resort