Adventure
Disney's Dinosaur is a 2000 video game based released as a tie-in to the Disney film of the same name. The cast from the movie also reprise their role as the characters.

The game loosely follows the story of the movie, starting with Aladar, Zini, Suri, and Plio on the Lemur Island. The island is destroyed in a meteor shower, forcing Aladar and his friends to flee to the mainland, where they encounter a herd of dinosaurs led by the ruthless Kron. Most of the game consists of puzzles and fighting off predators.

Plio, Yar, Suri, and Bruton don't appear in the game itself, but are featured in cut-scenes throughout the game, which are actually scenes taken directly from the movie.

Other dangers include tornados, meteors, sandstorms, quicksand and lava streams. 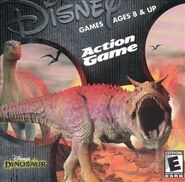 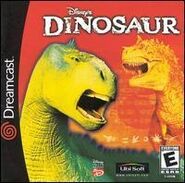 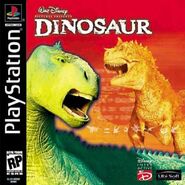 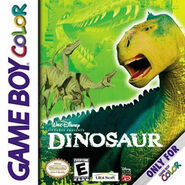 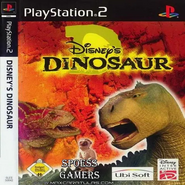