The Grand Floridian is categorized as a deluxe resort, one of four levels of accommodations at the Florida site. According to The Walt Disney Company, it is considered Disney's flagship resort.[citation needed] The resort has received designation in the Florida Green Lodging Program. It represents Florida's Victorian Age. It was also tied into the backstory of the former Pleasure Island nightlife district, being described as having once been the Pleasure Family Mansion built by Merriweather Adam Pleasure as an anniversary gift for his wife.[1]

The hotel was inspired by the Victorian-era beach resorts built along Florida's east coast during the late 1800s and early 1900s; its exterior is modeled after the Hotel del Coronado in San Diego, California, with red gabled roofs and white walls.[citation needed] Additional design inspiration was taken from the Belleview-Biltmore Hotel in Belleair, Florida.[citation needed]

The resort's outer lodge buildings — Sago Cay, Sugarloaf Key, Conch Key, Boca Chica and Big Pine Key — are named for islands in the Florida Keys. Along with Disney's Polynesian Resort, the Grand Floridian sits on the shores of the man-made Seven Seas Lagoon near the Magic Kingdom. The hotel occupies land that had been earmarked for Disney's Asian Resort during the initial development of Walt Disney World Resort in the late 1960s.[citation needed]

In 1992, a 40,000-square-foot convention center opened adjacent to the hotel, which contains a business center.

As of June 2007, smoking is permitted only in designated outdoor smoking locations.

The resort offers two pools, a jacuzzi, and a white sand beach. The marina contains various watercraft rentals, including fishing excursions and a yacht. Other recreational activities include tennis programs, a mile-long jogging trail, health club, and preferred access to the Walt Disney World golf courses.

The full service spa offers massages, therapies, and other treatments. 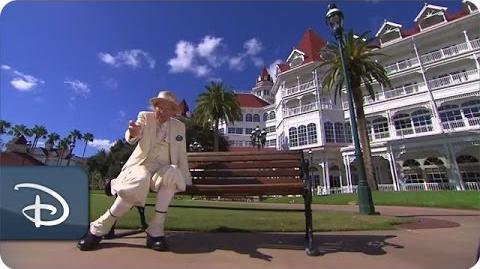 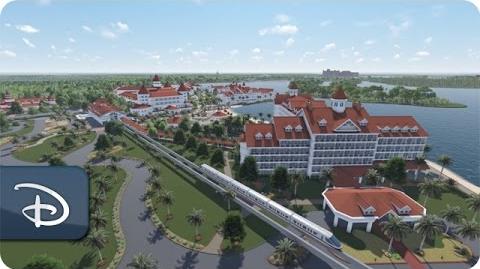 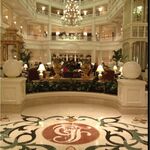