Disney's Hotel New York — The Art of Marvel is a hotel situated in Disneyland Paris designed by postmodern architect Michael Graves. Citing 1920s and 1930s Art Deco, it was designed to echo the essence and feel of New York City. The exterior of the hotel itself is a stylised skyscraper-filled skyline. The hotel opened on April 12, 1992 at the opening of the resort.

In 2017, it was announced that Hotel New York would be given a Marvel Comics retheme and rename, becoming Disney's Hotel New York - The Art of Marvel. The hotel closed on January 7, 2019, but was originally scheduled to re-open in 2020.

However, the reopening date was delayed until June 21, 2021, following the closure of the resort due to the COVID-19 pandemic.

There are numerous references to the city's state of affairs during the 1930s, such as the Manhattan Restaurant, which was based on Manhattan's Cotton Club; the displayed artwork from the 1939 World's Fair and the Rockefeller Center-based Rockefeller Plaza, a courtyard which provides a skating rink which is ecological (not needing electricity and water, synthetic ice), a flagship project of Disney to curb greenhouse gas emission. The rink is decorated during Christmas. There is also the Cosmopolitan-themed Downtown Restaurant.

The Marvel Design studio is a small children's area allowing them to design their own Marvel comic books. An indoor/outdoor pool with a jacuzzi and pool toys is available. The Empire State Club is where Character breakfasts are held. Mickey Mouse, Minnie Mouse, Pluto, Goofy, and Launchpad McQuack appear every morning.

Disney's Hotel New York is the nearest to PanoraMagique and Disney Village.

Disney's Hotel New York is the only hotel in the park designed as a convention hotel and hosts business events for companies out of the Disney Empire, with annual meetings for travel companies. 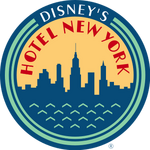 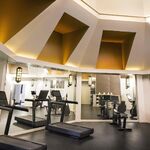 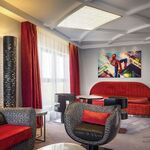 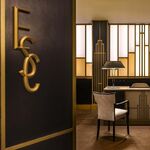