Sing, dance, and play along with your favorite Disney songs! Learning the words is fun and easy as you sing along to the on-screen lyrics and join your favorite characters in their most memorable musical moments from classic Disney animated and live-action films!

Disney presents a pair of Academy Award-nominated songs from the spectacular, show-stopping musical Aladdin-Best Song nominees "Friend Like Me" and "A Whole New World"! It's a Sing-Along celebration of friendship also featuring a delightful assortment of songs from Disney's The Little Mermaid, The Jungle Book, Beauty And The Beast...and more!

One of the covers for "Canta Con Nosotros: Un Genio Genial" in Spain 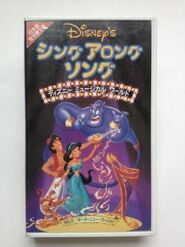 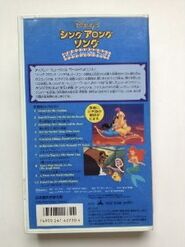 Title card
Add a photo to this gallery

Retrieved from "https://disney.fandom.com/wiki/Disney%27s_Sing-Along_Songs:_Friend_Like_Me?oldid=4310057"
Community content is available under CC-BY-SA unless otherwise noted.