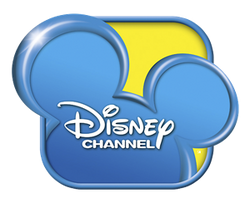 Disney Channel (France) is the French language edition of the Disney Channel, owned by Disney Channels Worldwide. It was launched in March 1997, primarily on the CanalSat platform.

On November 2, 2000, the portfolio of Disney-branded channels in France expanded from one to four channel with the launch of Toon Disney, Playhouse Disney (now Disney Junior), and Disney Channel +1. The movie channel Disney Cinemagic and its accompanying timeshift channel launched in September 2007, replacing Toon Disney.

In addition to the animated programmes, the French Disney Channel used to feature a show with human hosts called Zapping Zone. It was cancelled in 2004.

Disney Channel France is also shown in other French-speaking countries in Europe and Africa as well.

Retrieved from "https://disney.fandom.com/wiki/Disney_Channel_(France)?oldid=3762623"
Community content is available under CC-BY-SA unless otherwise noted.