disneyconsumerproducts.com
Disney Consumer Products (DCP) is a subsidiary of The Walt Disney Company that engages in merchandising of the Disney brand and Disney properties.

DCP's origins trace back to 1929 when Walt Disney licensed the image of Mickey Mouse for use on a children's writing tablet. On December 16, Walt Disney Productions formed Walt Disney Enterprises (WDE) division to handle merchandising. Mickey Mouse doll production by Charlotte Clark starts in January 1930. The WDE division contracts on February 3 with George Borgfeldt & Company of New York as a licensing agent to make Mickey and Minnie Mouse toys. Borgfeldt & Company on March 27 granted its first license to Walkburger, Tanner and Company of St. Gall, Switzerland, for Mickey and Minnie Mouse handkerchiefs. In England on June 17, Disney grants a general license to William Banks Levy for Mickey and Minnie Mouse character merchandise.

In 1934, Disney licensing expanded to hand-crank toy projectors, and a Lionel wind-up train toy, while a patent is received for Ingersoll-Waterbury Clock Company's Mickey Mouse watch. General Foods licensed Mickey Mouse for one year and $1.5 million on the Post Toasties cereal box as the first licensed character on a cereal box. Disney filed suit on July 31 against the United Biscuit Company of America, Sawyer Biscuit Company, and the Chicago Carton Company for unauthorized use of Disney characters for animal crackers which last four month and ends in Disney's favor.

In October 1948, Disney and Kay Kamen extend his merchandising contract but only for the Americas. In 1949, the Character Merchandising Division is formed with in Disney. Also that year on October 28, Kay Kamen, Disney's licensing representative, died in an Air France plane crash over the Azores.

After Disney purchased the rights for Winnie the Pooh for a 1966 animated short, Disney agreed to a broad licensing agreement with Sears, Roebuck & Co..

In 1979, the Intergovernmental Philatelic Corporation of New York was licensed by Walt Disney Productions to make for several countries Disney character stamps.

Disney Consumer Products was incorporated with the State of California in 1986. The first Disney Store opened in the Glendale Galleria in Glendale, California on March 28, 1987. On October 12, Disney agreed to a licensing contract with Mattel for a Disney Character infant and preschool toy line. On November 11, 1991, Mattel and Disney extended the 1987 agreement, adding Pinocchio, Bambi, Dumbo, It's a Small World, and the Autopia to the toy line.

By 1998, Pooh outsold Mickey Mouse $316 million to $114 million through November of that year in just-licensed-toy sales. By replacing Sears with 100 licensees including Mattel, Hallmark, Timex, Tupperware and Royal Daulton, DCP has since increased Pooh product lines from $390 million to $3.3 billion. In December 1999, Andrew P. Mooney became the head of DCP. He created the Disney Princess and the Disney Fairies brands. He also developed the Disney Couture fashion line, Walt Disney Signature furniture, a princess-inspired bridal gowns line, and lines based on the Pixar films, Toy Story and Cars. Disney licensed Motorola for cordless phones and two way handset radios in August 2002.

Consumer Products also begin expanding licensing in the food category in the 2000s. DCP agreed to a licensing agreement with Kellogg Company for a Kellogg's Disney cereal line launched in February 2002—Kellogg's Disney Mickey's Magix, Kellogg's Disney Hunny Bs, and Kellogg's Disney/Pixar Buzz Blasts. In May 2003, DCP and Wells' Dairy launched a Disney-branded dairy line with a variety of new ice creams, frozen novelties and yogurt products. In May 2005, DCP licensed Krogers the Old Yeller name to sell dog food. In 2008, Disney purchased back its Disney Stores from The Children's Place. On June 5, 2008, Disney Interactive Studios is transferred out of DCP to the Disney Interactive Media Group. John Lasseter of Pixar became a creative advisor to DCP in 2009 after already assisting on Cars products. Lasseter pushed to an end to "label slapping", which is using a popular movie to sell unrelated generic toys. The Disney Princesses franchise has generated more than $4 billion in retail sales worldwide. The Cars sequel was approved for a 2011 debut despite the original being panned by the critics and one of the lowest grossing Pixar film as its licensed products have done well. Mooney stepped down as DCP chair in September 2011. With Robert Chapek being appointed president of DCP, DCP expanded its responsibility to include all retailing, distribution and licensing for Marvel, Pixar, video discs and video games.

Swampy the Alligator from Where's My Water? was the first Disney Interactive Media Group original character to get the merchandising treatment by 2012.

In March 2013 and announced in May after a Bangladesh factory building collapsed, Disney sent a letter to its suppliers to have them by April 2014 pull any Disney branded products out of the five "highest-risk countries": Bangladesh, Ecuador, Venezuela, Belarus and Pakistan, based on World Bank governed metric report. Haiti and Cambodia, who were also low-ranking countries, are allowable per Disney's new policy so long as the factories work with the Better Work health and safety program run by the International Labor Organization and the International Finance Corporation. Bangladesh factories may get work if they also partner with the Better Work program. Disney also stated that less than 1% of its products are sourced from Bangladesh and even less from the other four countries. 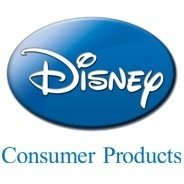